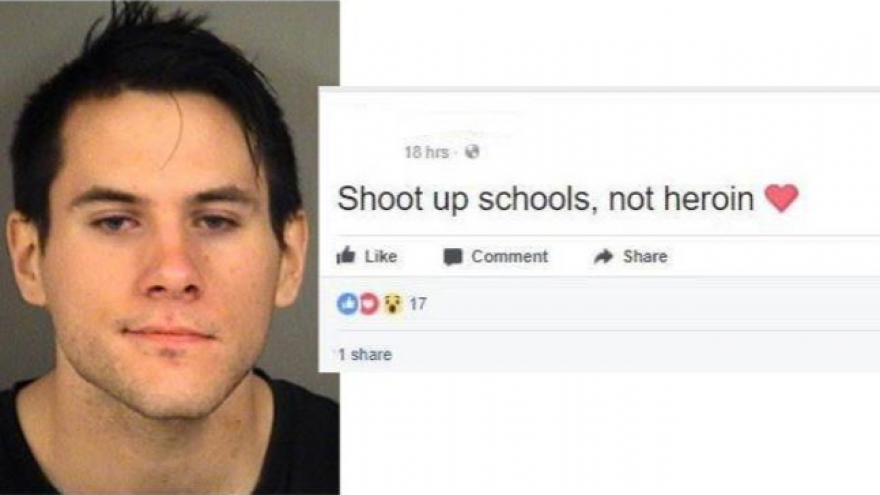 Police became aware of the post Thursday. When they went to the home of the person they said posted it, Austin Mayer, 22, they smelled marijuana. They obtained a search warrant and returned.

Inside the apartment officers discovered marijuana that they believe was package for resale and drug paraphernalia.

In response to his Facebook post, Marshfield Police Chief Rick Gramza said typically patrolling schools, there are 6-7 patrol officers. Friday, there were 16 officers patrolling the schools at both parochial and public school buildings.

Sept. 1 was the first day of class and the reason police took the comment so seriously.

"Based on the timing of everything, it was disturbing enough to make sure our presence was seen and if anybody was considering doing anything, our presence would be enough to deter that," said Gramza.

Police said Mayer said 'it was a joke'.