Marshawn Lynch comes out of retirement to play for Raiders 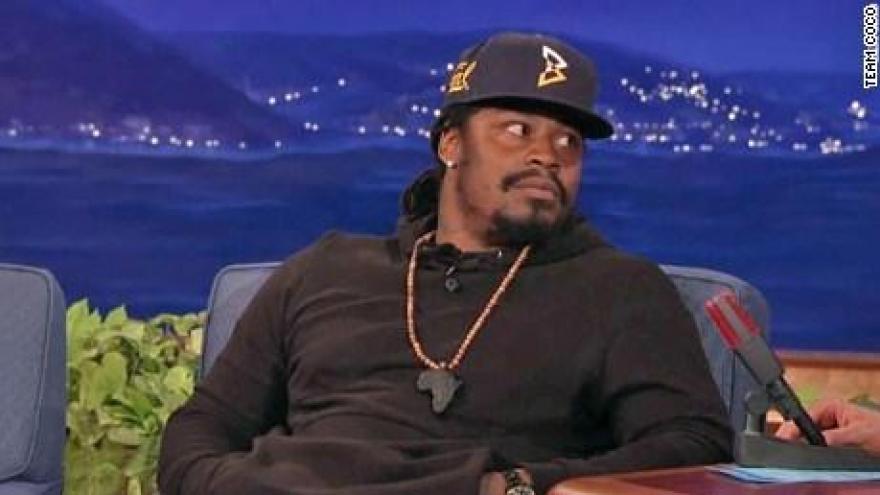 (AP) — Marshawn Lynch is coming out of retirement after agreeing on a two-year deal with the Raiders that paved the way for a trade to his hometown team in Oakland.

Lynch passed a physical Wednesday and agreed to a restructured two-year contract. Those were the final steps needed before Seattle could trade his rights along with a 2018 sixth-round pick to the Raiders for a 2018 fifth-rounder.

NFL Network said Lynch would get a $3 million base deal this season, with a chance to make an additional $2 million if he rushes for at least 1,000 yards.

Lynch had been slated to make $9 million this season if he came out of retirement. With Seattle unwilling to pay that amount and Lynch only wanting to play for the Raiders, finalizing a trade was simple once Oakland was able to re-do Lynch's contract.

Lynch also must apply to the NFL for reinstatement from the retired list before he can play with the Raiders.

Lynch retired following the 2015 season but decided he wanted to come back and play with his hometown team. The Raiders met with him early this month to gauge his interest and wanted to get a deal done before the draft.

The Raiders have a need for a power running back after losing Latavius Murray in free agency. Second-year backs Jalen Richard and DeAndre Washington are both smaller backs and are not as suited to short-yardage and goal-line situations.

\"Marshawn is one of the best running backs I've ever played against in my short career so far,\" Raiders defensive end Khalil Mack said last week. \"It would be a great, great, great treat to have him on this side, on the dark side.\"

Lynch was perhaps the best power back in the league before he retired. He had double digits in touchdown runs every season from 2011 to 2014, and his 51 TDs on the ground are the most in the NFL since 2011 despite playing just seven games in 2015 and being retired last season.

Lynch's 245 broken tackles since the start of the 2013 season are 66 more than any other player in that span, according to Pro Football Focus.

The 31-year-old Lynch averaged 3.8 yards per carry in his limited action in 2015 before retiring. Before that, he was one of the game's top running backs, with more than 1,200 yards rushing in each of the previous four seasons.

His production in Oakland should be helped by running behind a line that had three Pro Bowlers last season in left tackle Donald Penn, left guard Kelechi Osemele and center Rodney Hudson. In his final year with the Seahawks, Lynch averaged just 1.1 yards per carry before contact, the lowest for any back with at least 100 carries, according to Pro Football Focus.

For his career, Lynch has rushed for 9,112 yards and 74 touchdowns.

Lynch was born and raised in Oakland and played college ball nearby at California. He still has strong ties to the area through his Beast Mode company and would be a welcome addition for a fan base still stung by the team's pending move to Las Vegas for the 2020 season.

Green Bay Packers Aaron Rodgers had this to say about Lynch:

Happy to see @MoneyLynch back in the league. NFL is better with you back. You still can't throw farther than me tho. #TownBidNess #facts