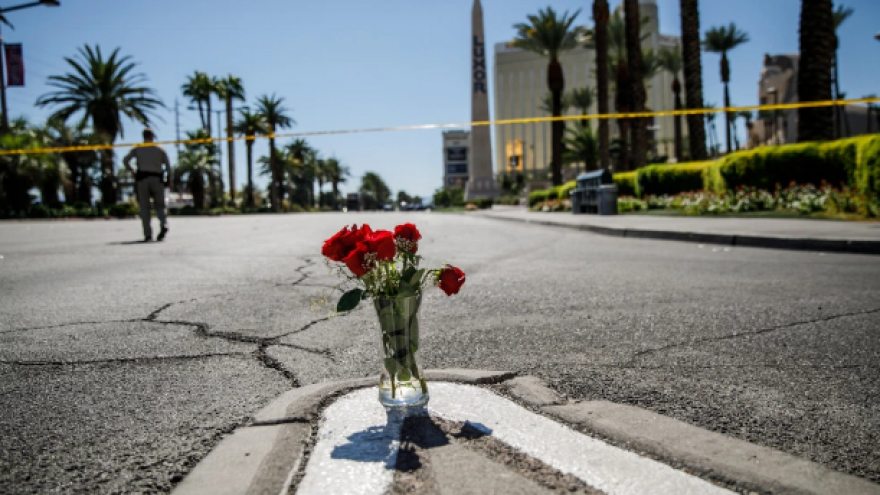 The Las Vegas Review-Journal reports that Dennis and Lorraine Carver died after their vehicle crashed into a metal gate outside their community in Riverside County, California, and burst into flames on Oct. 16.

At the music festival, Dennis Carver jumped on top of his wife to shield her from bullets. They managed to run from the shooting and were not injured.

Brooke Carver, the couple's 20-year-old daughter, says her parents had grown deeper in love in the weeks after the shooting.

The Carvers had been together for 22 years.