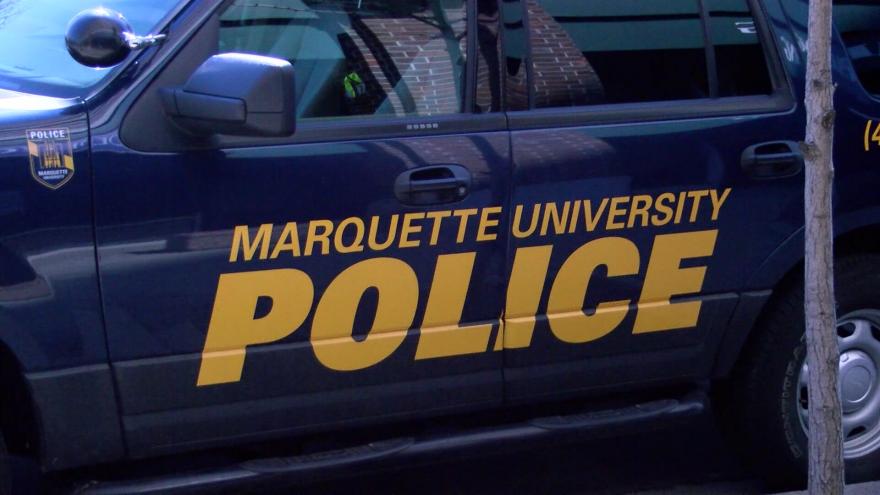 MILWAUKEE (CBS 58) -- The Marquette University Police Department (MUPD) released a statement Friday, Oct. 15 in response to recent robberies and crime on the Marquette campus in Milwaukee.

Friday's release acknowledged that Marquette police has issued several safety alerts related to armed robberies, consistent with "a trend of robberies and car thefts affecting the city of Milwaukee and the surrounding region."

The statement, from Edith Hudson, Chief of the Marquette University Police Department During, said MUPD is responding to the crime wave with added patrols throughout the MUPD patrol zone, officers working overtime shifts to increase the police presence on campus, creating a directed patrol mission that adds MUPD officers to a dedicated impacted area.

Marquette police says they have also started working closely with a countywide law enforcement group to pool information regarding the recent robberies throughout the metro area.

"As a mother, I understand firsthand the concerns of our students’ families and the Marquette community regarding crime on campus, Hudson said. "As a 25-year veteran of the Milwaukee Police Department, I also understand the complexities of creating a safe environment during a time when crime rates are up across the country."

MUPD added that officers will remain vigilant and will continue to do everything possible to help address this recent trend in the region and ensure the safety of our community.