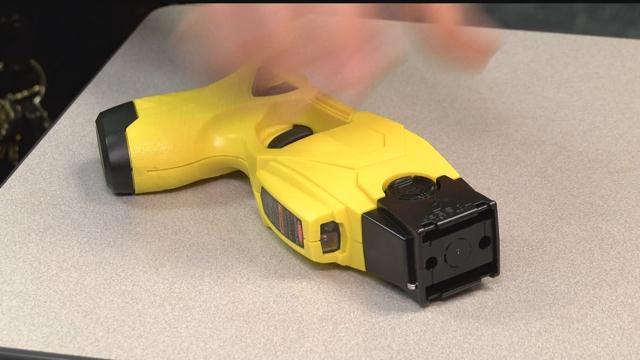 Tasers on the Marquette University campus. The university's Police Department says the tasers will give them an easier way of defusing a potentially volatile situation. When Marquette's Department of Public Safety became a full-on police department last May, statistics show a steady drop in crime on campus. From May to January 2016, 34-percent fewer robberies have happened and overall crime dropped 26-percent. The department hopes once the tasers are added to an officers belt, those numbers will continue to drop.

"Obviously we like to have as many options as possible to take people in to custody or resolve situations as safely as possible," said Lieutenant Jill Weisensel with the Marquette University Police Department (MUPD).

The officers on the MUPD force recently finished taser training and are now better equipped to keep people safe and safely defuse a situation.

"We would only deploy a taser if someone was an imminent threat or others," Lt. Weisensel said.

There was a situation like that involving a on a city bus last fall, but because Marquette didn't have their own tasers, they had to call the Milwaukee Police Department. That was all the person, they were dealing with, had to hear.

"He changed his aggressive behavior and just basically turned around and said put the cuffs on," Lt. Weisensel said.

"If they're having tasers, I think that's a lot more practical and safer for the student population," said Usama Maan.

University police officers will begin carrying the tasers toward the middle or end of the month.