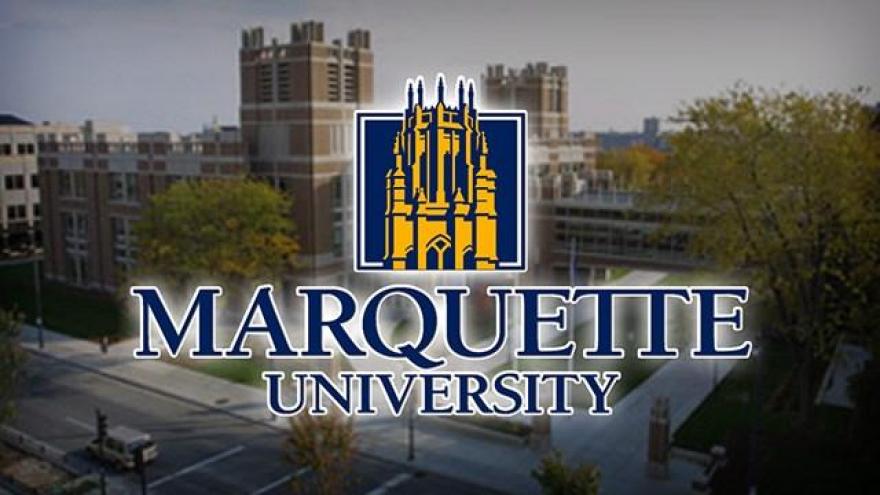 Tournament most outstanding player Cole Blazer made 11 saves in the victory after posting 12 stops and a goal in Marquette’s 11-8 upset victory over top-seeded and No. 2 Denver in the semifinals. Seniors Grant Preisler, Joe Dunn and Nicholas Eufrasio all joined Blazer on the all-tournament team and were honored on the field during the postgame ceremony. Captains Dunn, Eufrasio and Andy DeMichiei all accepted the tournament trophy on behalf of Marquette.

The Golden Eagles (8-7) had to withstand a furious PC rally in the waning minutes as the Friars cut what was a three goal MU lead to a single point with 1:25 remaining. After a Providence faceoff victory, Marquette was able to force a turnover, but a failed clear gave PC the ball back with a chance to tie.

Nick Eufrasio was called for a push after the failed clear and Providence was unable to capitalize on an extra-man opportunity as time wound down.

Preisler posted his second two-goal game of the tournament to go along with a pair of assists, while Tanner Thomson and Ryan McNamara each also scored a pair for the Golden Eagles.

McNamara’s final goal to put Marquette ahead 10-7 with 4:04 left in regulation proved to be the game winner and was also the 100th tally of his career. That goal capped a three-goal run that pulled MU out of a 7-7 tie midway through the fourth quarter.

Ryan Schaffer led the Friars (10-7) with a hat trick, while Brendan Kearns notched two goals and a pair of assists in PC’s first title game appearance.

Providence posted the game’s first two goals and led 2-0 after 15 minutes of play before the Golden Eagles answered with four in a row to lead 4-3 at the half.

The Golden Eagles, who have earned the BIG EAST’s automatic berth to the NCAA Championship, will learn their opponent during Sunday’s NCAA Selection Show on ESPNU at 8 p.m. Central time.