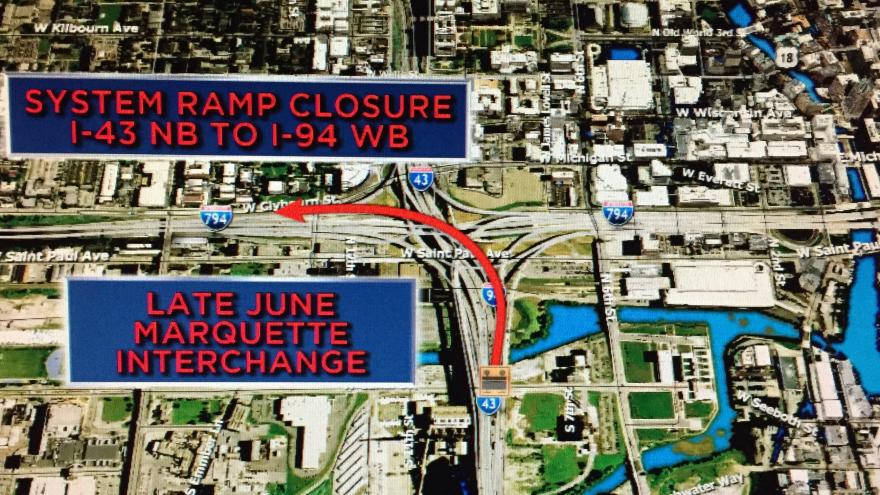 MILWAUKEE (CBS 58) -- Several system ramps are already closed long-term at the Marquette Interchange. Another system ramp is now added to the list of closures.

Over the weekend the I-43 northbound to I-94/794 westbound system ramp closed for resurfacing and overlay work.

During these closures there will be several detours that will be available to drivers, the Hoan Bridge being one of them. National Ave. will also be an alternate to consider.

On the flip side the I-43 northbound to I-794 eastbound system ramp reopened early Saturday following resurfacing.

As with most changes, be sure to plan on extra time if you use these routes for either of your commutes. Be sure to follow @ABrovelli and watch the CBS 58 Morning News for the latest on the Marquette/Valley Bridge Project and other construction projects throughout southeastern Wisconsin.