Marquette honors James Foley with a mass and portrait 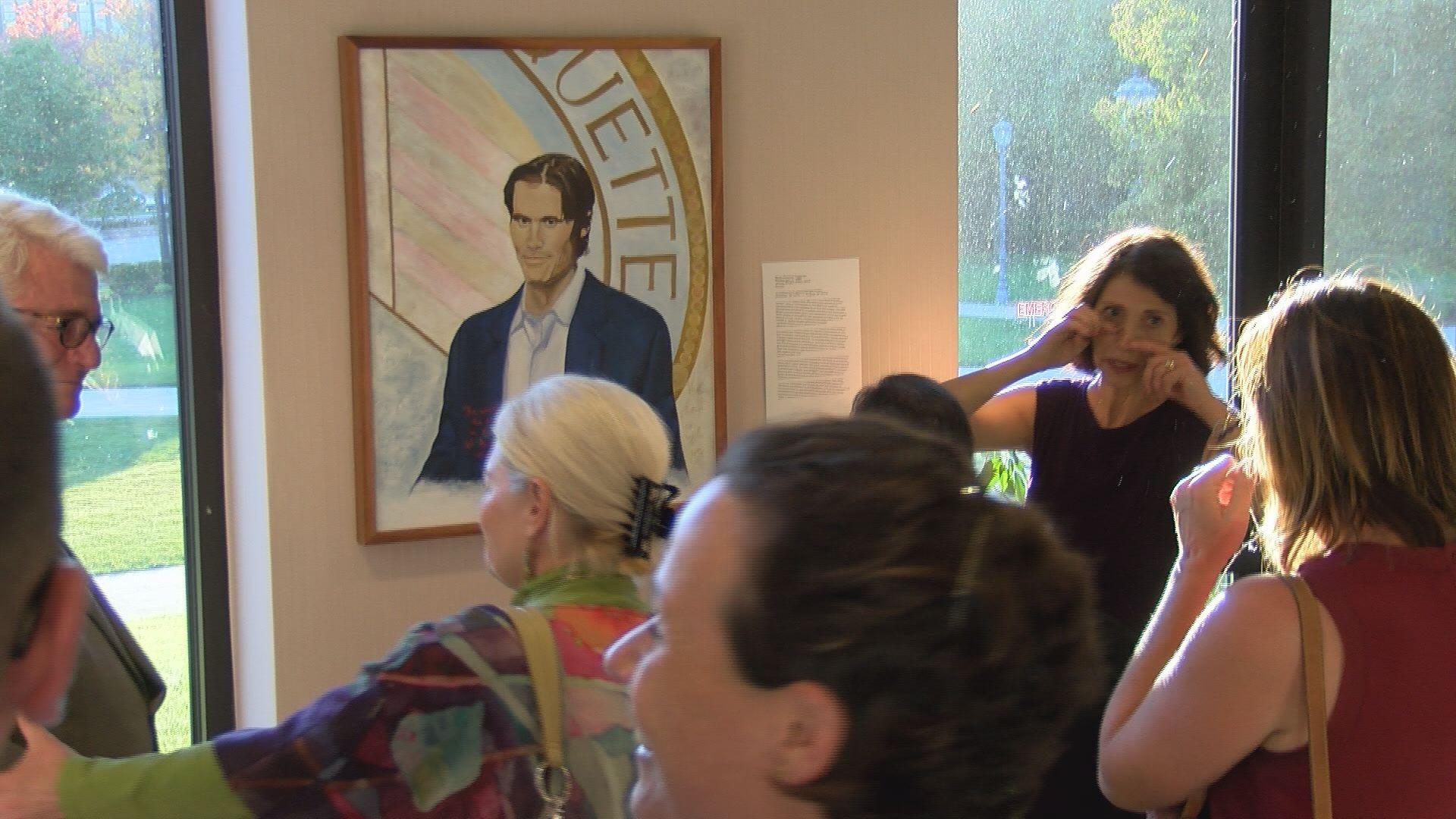 A painting of James Foley is now hanging inside the Marquette University Memorial Union.

This comes after a special Sunday evening mass and ceremony.

Dozens of people followed behind, while a portrait of James Foley led the way.

"He was a really impressive young man, and lived and died in a spectacular way." said Marquette’s Rev. Zagone.

Zagone led mass earlier in the evening, that's where Foley's life and commitment to others were remembered.

He was a teacher turned freelance journalist, and put himself on the front-lines of conflict in the Middle East.

Foley’s college friend, Thomas Durkin, said, "He was my friend. I knew he was a good person. I'm on a path with other people as well of learning a lot of the things he did. I didn't know all that he'd done."

Diane Foley said, "As parents, being our oldest son I don't think we knew what a man of courage and compassion he had become. He was just my beloved son."

Her and John Foley say it's yet another example of how the university continues to be there for the family.

"It makes us cry. It helps us to stand and walk and to move forward." John Foley said.

Two more events are set for next weekend. There will be a run to raise money for the James Foley Legacy Foundation next Saturday.

Then a prayer for peace next Sunday, which is the same day James Foley would've turned 42.