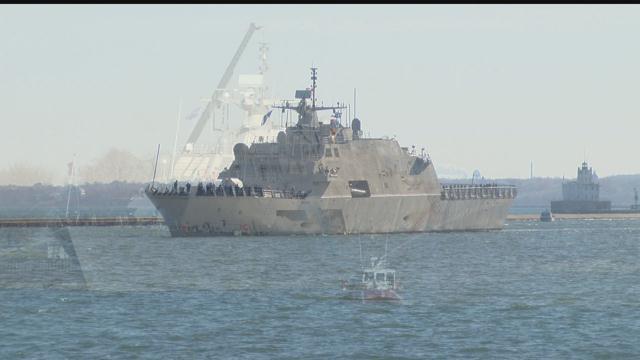 The USS Milwaukee has arrived. It pulled into Veterans Park yesterday afternoon and today the ship was opened up for a guided tour.

The 389 foot long littoral combat ship is designed to operate in shallow waters.

Each section of the ship has a different function a number of the 54 crew members were on hand today describing their role on the ship. And one of them was a Marquette graduate from the ROTC Program who was happy to be home.

"I was actually out on the deck when we pulled in so it was pretty cool to see the city as it was coming up on the horizon and then pulling in I was able to point out different things to everyone who was out there with so it was a little bit emotional just cause it's kind of like full circle."

The ship will be commissioned this Saturday. Those with tickets to the ceremony will then be welcomed aboard. All other public tours are booked right now but they are working on opening up more slots.