Marquette grad will be at White House during Pope's visit 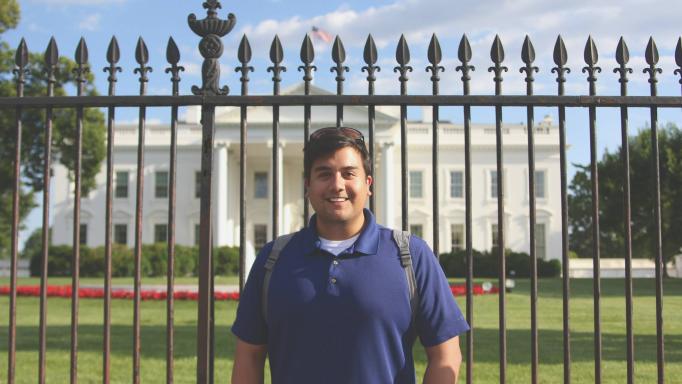 A Marquette graduate will be among the roughly 2,000 people at the White House when Pope Francis visits later this month. The graduate's name is Aaron Ledesma.

He writes a blog called the Gay Catholic, using it to share his story of finding it possible to be both gay and a faithful Catholic church member.

Ledesma says he sent a personal letter to President Obama after hearing Pope Francis will visit later this month.

Last month the President sent an email back inviting Ledesma to the White House for the September 23rd visit.

He says it's Pope Francis who has shown people the Catholic Church can be accepting of gay and lesbian people. He says while in college, he struggled to understand his relationship with his church. He said, \"If I were myself would I be accepted? Would the church really really accept me? Would I be able to go to church and not be judged?\"

Ledesma came out at 21 years old he's hoping this trip to the White House will help others realize they don't need to live in fear of being rejected by their family friends and their church.

Ledesma says he plans to post about the white house trip on his blog, and says he's hoping to inspire people around the country who are struggling with coming out as gay.