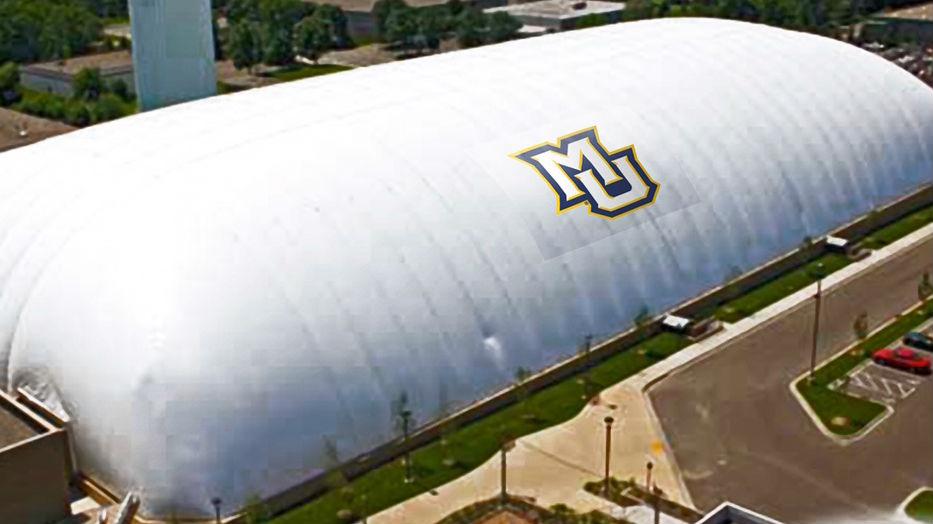 Marquette University plans to construct a seasonal dome over a portion of its Valley Fields facility, enclosing the synthetic turf field adjacent to the stadium. The seasonal dome, which will provide practice and training facilities for intercollegiate athletes as well as club and intramural participants, is expected to be completed in January 2017.

“This project is a positive step forward as it will free up athletic space for both our intercollegiate athletes as well as many students who play intramural and club sports,” said Bill Scholl, vice president and director of athletics. “As we continue to plan for our athletic performance research center, it was important that we take a more immediate step in meeting the demand of our increasingly active student body.”

Scholl said that the university has been reviewing options for several years and the seasonal dome will provide a much better training environment, while also alleviating scheduling conflicts and congestion at the Marquette Gymnasium, Helfaer Recreation Center and the Al McGuire Center. Marquette Athletics has 16 competitive intercollegiate athletic programs.

The seasonal dome represents a significant step forward for several Marquette athletic teams that already have track records of success despite what has been a relative shortage of training space for outdoor sports during inclement weather. Marquette’s men’s lacrosse team is coming off of its first-ever NCAA tournament appearance and the women’s lacrosse team won a program-best seven games finishing tied for third in the Big East in its short history. These programs join the winning tradition already established by Marquette's men’s and women’s soccer, golf and track and field teams.

The cost of the project is approximately $3.6 million and construction will begin immediately. It is being funded primarily by generous athletic donors and the Department of Intercollegiate Athletics. The seasonal dome will stay up annually for about five months over winter and early spring.