Marquette Acquires a First Edition Copy of 'The Hobbit' 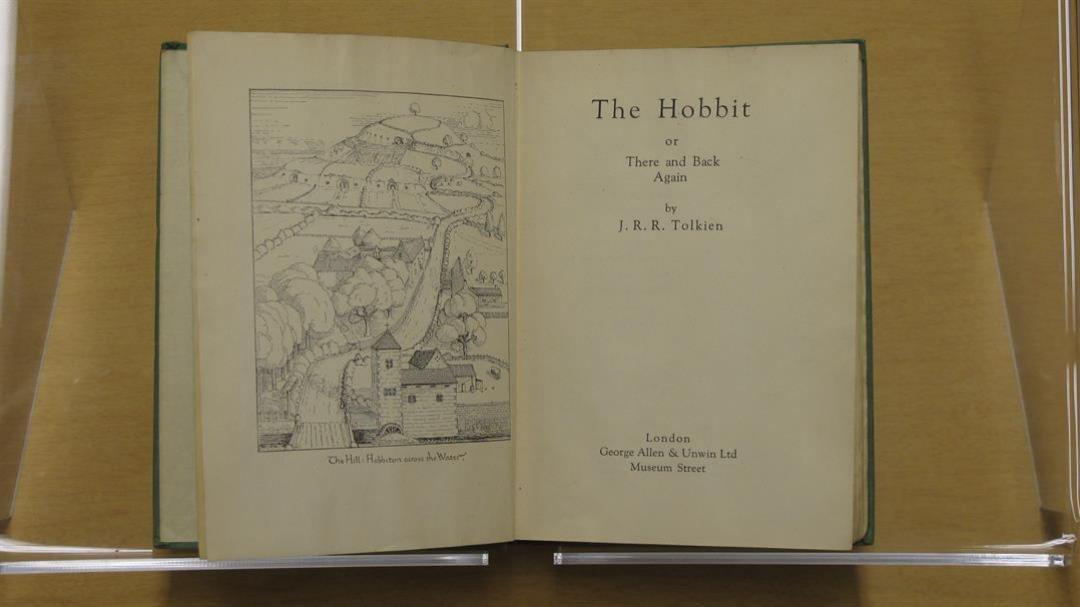 Marquette University has acquired one of only 1,500 first edition, first printing copies of The Hobbit by J.R.R. Tolkien, published in 1937, to add to its J.R.R. Tolkien Collection.

The copy of the children’s fantasy novel, obtained by the Department of Special Collections and University Archives, features artwork drawn by Tolkien himself.

The Hobbit was published on Sept. 21, 1937, by George Allen & Unwin to wide critical acclaim and is recognized as a classic in children’s literature. The first printing sold out before the end of 1937.

Other printings were made by Allen & Unwin in 1937 and by Houghton Mifflin of Boston and New York in 1938. Paper rationing brought on by wartime conditions that lasted until 1949 meant the book often was difficult to find during this period.

The collection of John Ronald Reuel Tolkien contains the original manuscripts of The Hobbit and The Lord of the Rings trilogy in addition to various other original documents. The manuscript collection is supported by a significant collection of critical literature on Tolkien’s fantasy and academic writings, and audio and video recordings.

The first shipment of Tolkien materials arrived at Marquette in 1957. William B. Ready, director of libraries from 1956 to 1963, recognized The Lord of the Rings as a masterpiece soon after its publication in 1954-55 before Tolkien and his work gained enormous popularity. Ready approached Tolkien in early 1957 and an agreement was reached where Marquette purchased the manuscripts for 1,500 pounds, or less than $5,000.

The Hobbit manuscripts at Marquette contain 1,586 pages, including a holograph version, corrected typesets, three sets of page proofs with the author’s corrections, a water-color rendering by Tolkien, printed maps with corrections, a watercolor of trolls and Gollum by German artist Horus Engels and the original copy of “Thror’s Map.”

Marquette is developing a significant collection of Tolkien’s published works, with a book collection of more than 1,200 volumes. There is a collection of more than 270 titles of periodicals produced by Tolkien enthusiasts. Other literature consists of book reviews, dissertations, studies of Elvish languages, poems and songs, sketches and paintings, games and puzzles, and commemorative documentaries.

Tolkien accepted offers from Marquette to visit in 1957 and 1959, but canceled both times due to family concerns; he never visited the United States.