March for Babies brings smiles, tears and hundreds of thousands in funds 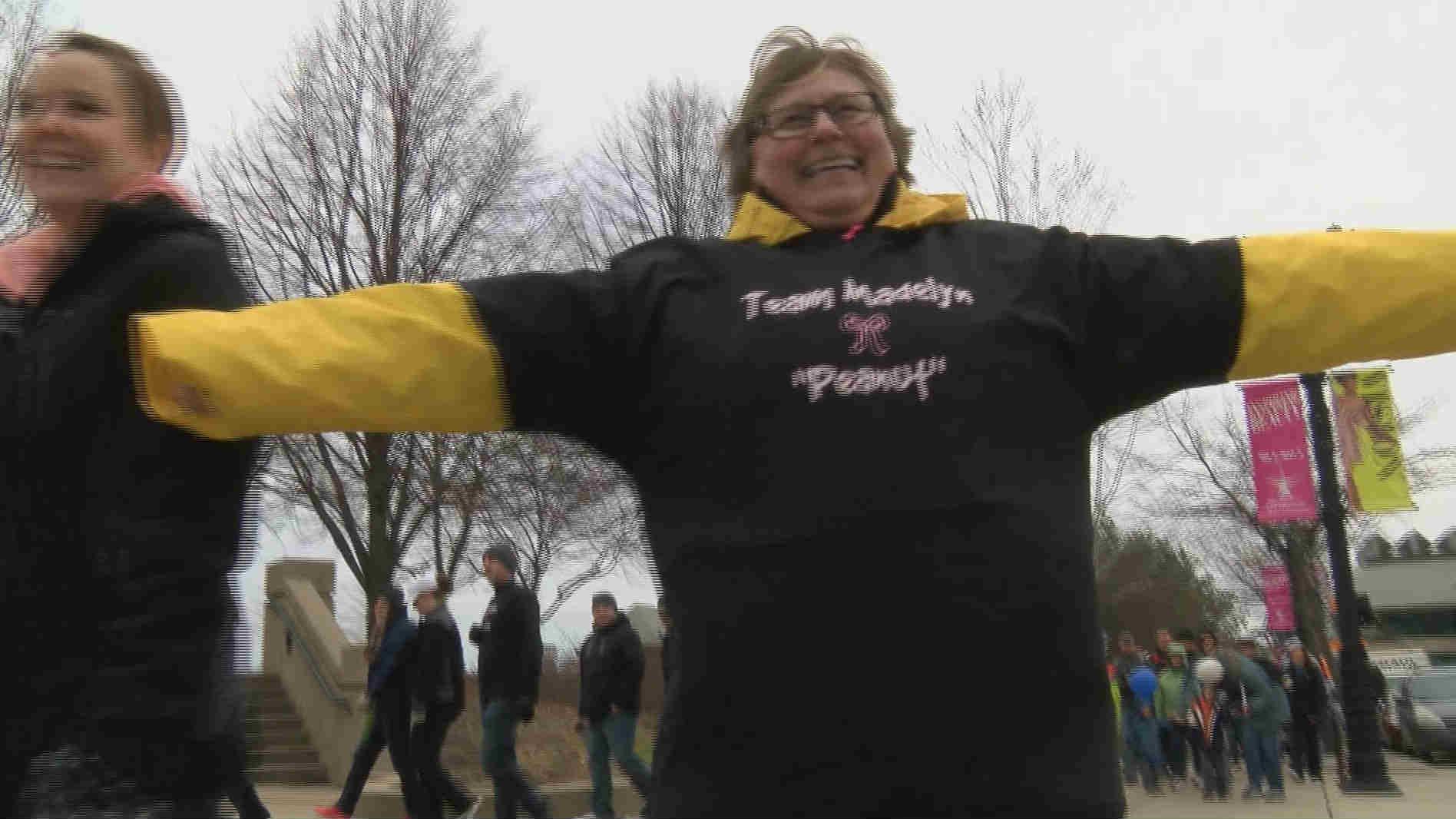 On a cold, windy day along Milwaukee's lakefront, it didn't matter so much what Lindsay Thelen wore on her feet or underneath to keep warm, but instead what she wore on her shirt and carried in her hands.

\"We are walking in memory of our daughter, Madelyn,\" Thelen said alongside her husband, Mike, Saturday morning.

\"After five hard weeks of fighting, she lost her battle on February 11th,\" Thelen said while fighting back tears.

But the Thelens knew they needed to keep battling for others. So step-by-step, with family and friends in tow, Lindsay and Mike joined thousands of others in the annual March of Dimes March for Babies. The two-mile route along Lake Michigan started just after 10 a.m.

The March of Dimes provides funding for research and grants to prevent premature births. It gets a huge portion of its money through Saturday's 12-statewide walks. Milwaukee's is the largest in Wisconsin. The organization set a fundraising goal of $300,000.

\"There's research going on right here in the state that we're funding in support of the mission,\" Szymaszek said.

\"i think one word sums up how we feel toward March of Dimes and it's gratitude,\" James said after speaking to the crowd.

Their sons were born more than two months premature, but today are happy and healthy thanks, in part, to medicine and research paid for by the March of Dimes.

\"It was life-saving for our twins and I think without all the March of Dimes does we wouldn't be where we are today,\" James said.

Taking a walk Matt, Hilary, Mike and Lindsay never expected to be on, but one they'll return to for years to come.

\"It's the best cause I think I can believe in now,\" Thelen said before continuing down the trail.

Szymazek says Saturday's march is just the beginning of fundraising. If you'd like to donate, visit the March of Dimes website here.