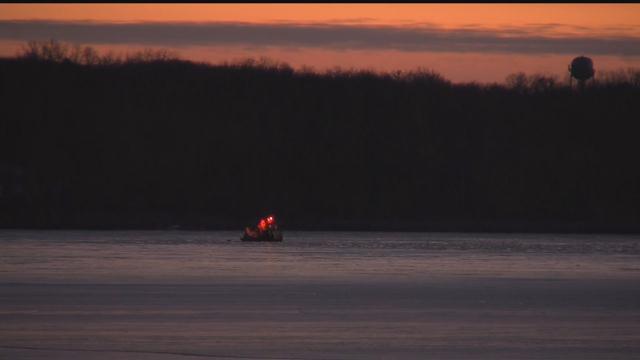 A search and rescue operation at Lake Como Friday ended four hours later with the recovery of the body of a man in his 40's.

Police say shortly after 1:15 p.m., they received a call of a man who had fallen through the ice.

Divers and sonar techs helped with the search as air boats headed out on the lake.

The man's body was located roughly 700 yards from shore.

The first boat was in the water around 1:27 and was able to locate the hole where it's believed the man entered the water.

Police did not say what the man was doing on the ice.

Extra crews were called in because the cold temperatures limited the time divers could stay in the water.

Here in the full press release from  Steven R. Hurley, Town of Geneva Chief of Police:

On 12/09/16 at approximately 1:15pm, Town of Geneva Officers responded to a report that a man that had been walking on Lake Como had just fallen through the ice.  The Walworth County Sheriff’s Office, Elkhorn Fire and Rescue were also notified and responded.

The Walworth County Sheriff’s Office deployed deputies in wet suits, as well as their dive team.  The City of Lake Geneva deployed a rescue team on an airboat and reached the area where the individual had fallen through the ice and immediately began a search.  Additional aid was also requested through  MABAS, a Mutual Aid Box Alarm System, designed for public safety responses from emergency responders located in Southeast Wisconsin and Northern Illinois.

The identity of the individual will be released following notification of family.    There is nothing further to report.

Emergency responders from the following agencies responded and assisted: