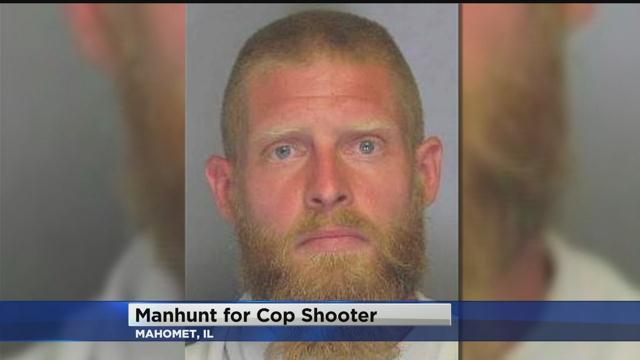 A manhunt is under way for a person accused of shooting a police officer in central Illinois.

The officer was hit in the arm, but is out of the hospital. Investigators say Pendleton may have been injured in an exchange of gunfire with him.

According to CBS Chicago, the suspect is believed to be driving a stolen company pickup truck from Mid-America Sand & Gravel in Mahomet. It is a white or tan 1997 GMC pickup with the numbers 30070 painted on the doors.

Police say Pendleton is likely armed with an AK-47. If you see him, call 911.