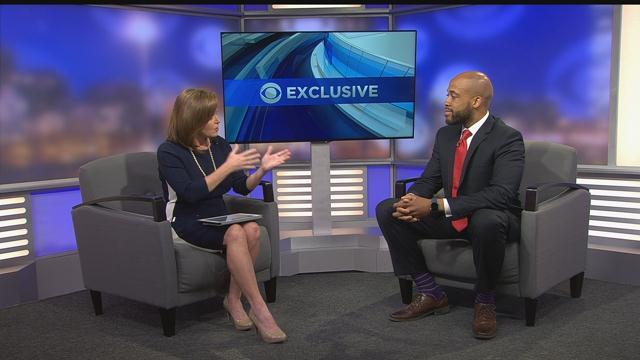 In a live, exclusive interview with CBS 58 News on Monday, Wisconsin State Representative Mandela Barnes says he's running for Milwaukee County, not so much to ouster his college Lena Taylor.

""We are colleagues and I have a lot of respect for the senator," Barnes told viewers of the CBS 58 News at 4.

But Barnes went on to say that he sees such a difference on key issues of public education and safety and educational opportunities that he felt compelled to run for State Senate.

"It's not so much about challenging the senator as much as it about representing the people of the fourth district on those issues."

Barnes says he fully supports a community school model, especially for lower income neighborhoods. He says it is being implemented all over the country with great success because it engages not only the students and their families but the residents who live around the school.

"It makes school the center of the community," Barnes explained. "Iit includes everyone in education process."

He says Taylor's support of what amounts to school takeovers by the state was a primary motivation for running for office.

The 4th district is a varied section of southeast Wisconsin. It includes Milwaukee and Shorewood and parts of Glendale and Wauwatosa.

Barnes say challenges to education and performance vary greatly from the city the suburbs.

"We have to pay attention first to what those root causes are."

We've attached his interview to this story.

The primary is August 9th.