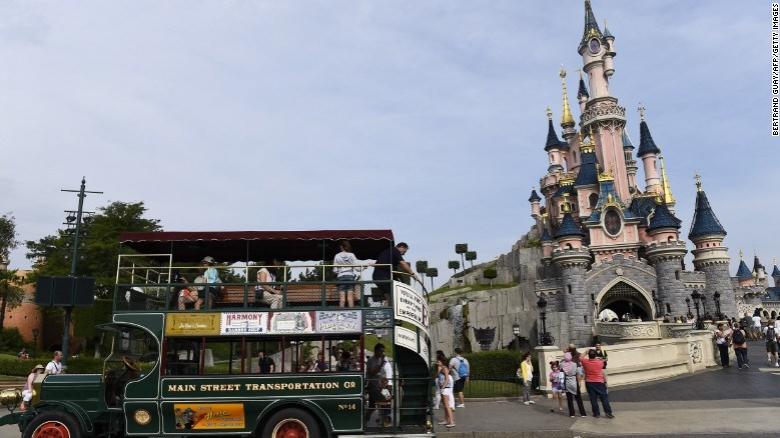 (CNN)A man with two firearms and ammunition was arrested Thursday at the entrance to a hotel near Disneyland Paris, police said.

The 28-year-old Paris resident was arrested as he tried to go through security at Disney's Hotel New York, just outside the Paris-area amusement park, said Michel Le Prevost, deputy chief of criminal police of the city of Meaux.

The man was also carrying a Quran, Le Prevost said. The man, who was being questioned by police after the arrest, was not known by police or intelligence services, Le Provost said.

Also arrested was a woman who was accompanying him, Le Prevost said. Information about what accusations she faced wasn't immediately available.

The Paris area has been on edge since two sets of high-profile Islamist attacks last year: The killings of 17 people at the office of satirical magazine Charlie Hebdo and a kosher supermarket in Paris in January 2015, and the massacre of 130 people in shootings and suicide bombings in and near Parisin November.

Disneyland Paris is about 30 kilometers (19 miles) east of central Paris.