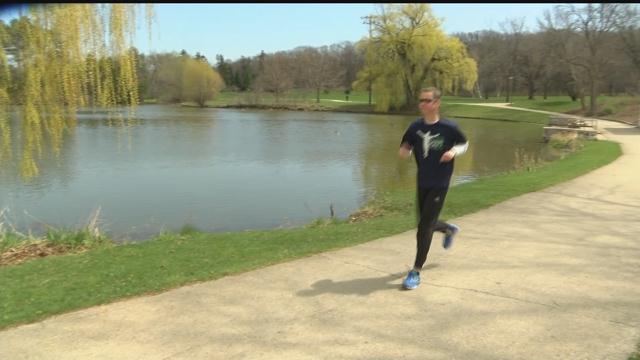 A man who survived cancer and a double lung transplant will showcase his success story at a new 5k run this weekend.

The first ever Cream City 5k will support organ donation

The race is here at Greenfield Park, but there's more inspiration behind this race than just the love of running to a finish in the Chicago and the Boston Marathons.

"No matter how fast or slow you are… I always got emotional when I finished,” said Jesse Pagels.

Pagel finished ten of them.

A bigger challenge came in 2003, when he found out he had leukemia.

Pagel fought and beat the disease.

"The key is to just keep going everyday,” Pagel said.

He said he found that mental strength through running, but another diagnosis in 2006 would make every day harder and harder.

"It was the result of the bone marrow transplant that I started to develop the pulmonary fibrosis," Pagel said.

His lungs were under attack and slowly breaking down.

Years went by running became impossible, and his career as a trumpet player was gone.

Then in 2013, doctors said his lungs were in such bad shape he wouldn't make it through winter.

Jesse runs about three to six miles every day.

A lung transplant in August 2013 changed everything.

So Jesse's motivation is to help other find their own life saving organ transplant.

There are already a few hundred people ready to run, and people can still sign up before the race.