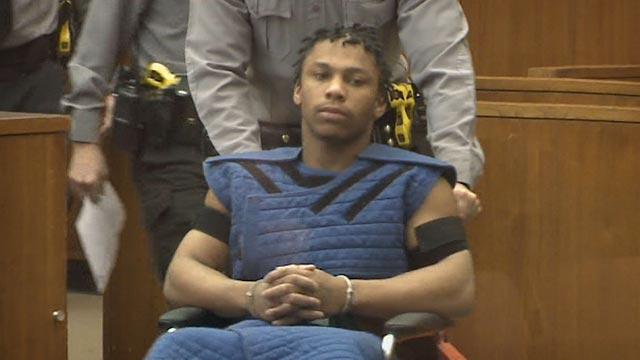 10-year-old Sierra Guyton was shot on May 21, 2014 when Sylvester Lewis and Jamey Jackson began firing gunshots at one another. Court documents say Lewis was confronted by Jackson's friend outside of Clarke St. Elementary School in Milwaukee. Jackson's friend accused Lewis of stealing his \"baby's momma's kid's\" clothes. Lewis told investigators as he was disputing with Jackson's friend, Jackson began backing away from the group, and started \"upping\" a gun. Lewis alleged Jackson threatened to kill him and began shooting at him. Lewis says he only began shooting in response to gunfire coming from Jackson. One of the shots fired by Lewis struck Sierra Guyton. The 10-year-old died almost two months later from her injuries.

Tune into CBS 58 News at 5 for the latest on this story.