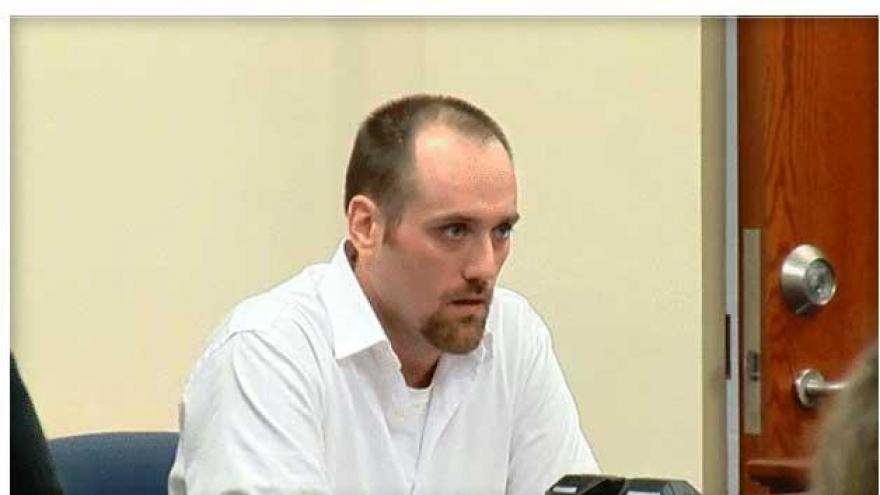 BURLINGTON, Ky. (CBS NEWS)- A 30-year-old man who removed more than half of his ex-girlfriend’s scalp with a knife and let his pit bull loose to attack her was found guilty of first-degree assault on Thursday, reports CBS affiliate WKRC.

Boone County Commonwealth’s attorneys told a jury that Zachary Gross punched Marilyn Stanley, held her down while his dog attacked her, then scalped her on Sept. 14, 2015. Stanley survived.

According to the Cincinnati Enquirer, prosecutors said that Gross attacked Stanley after seeing a photograph of her and her son on Facebook that had been posted by another man.

Tom Scheben, a spokesperson for the Boone County Sheriff’s Office, told WKRC soon after the attack that Gross started beating Stanley while they were eating.

“She says she’s about four french fries in and he socks in the face. And then four or five more,” said Scheben.

The assault continued, said Scheben, and “at one point she gets a knife in defense, he says put the knife down or I’m going to sick [sic] the dog on you. She didn’t and that’s where the real injuries came in.”

WKRC reports that according to investigators, Gross used the knife to detach 70 percent of Stanley’s scalp and used his dog to rip off her ear.

“When he’s finished he praises the dog for the work he did. Then makes her stand in front of mirror to make her look at herself now,” said Scheben.

After the attack, Marilyn was reportedly dropped off in the neighborhood near her mother’s house. At that point she was able to get help and contact police.

On Thursday, Gross reportedly pleaded with the jury for the minimum sentence of 10 years.

The jury recommended 20 years for Gross. He’ll have a chance at parole after 17 years.

The judge will decide his sentence at a hearing in March 2017.