Man taking legal action against MPD, says he was wrongfully arrested during protest 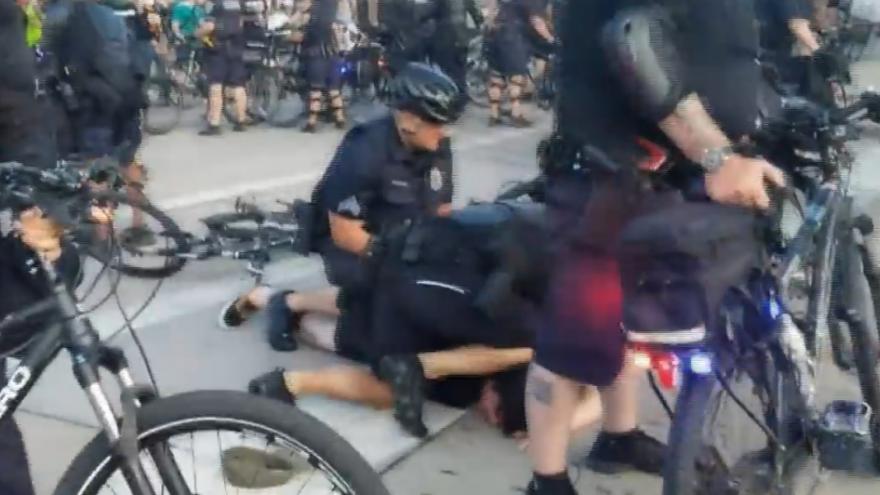 MILWAUKEE (CBS 58) -- A man is taking legal action against the Milwaukee Police Department. Cameron Murdoch says he was wrongfully arrested during a protest. The whole thing was caught on video.

Murdoch was arrested June 2, near 6th and McKinley. He was on his bike when officers forced him to the ground.

Murdoch says an officer put a knee on his neck, injuring him.

His attorneys call the arrest unconstitutional.

Milwaukee police tell us the incident is still under review.