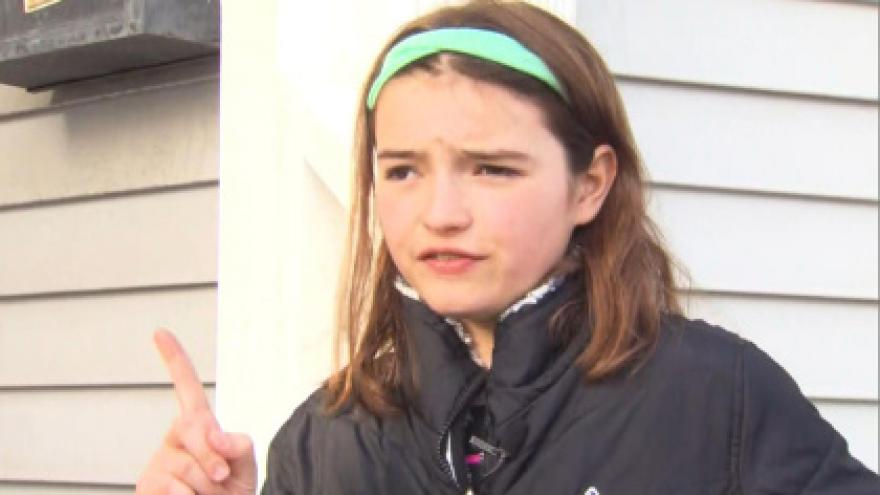 MANCHESTER, New Hampshire (CBS) — Manchester Police are searching for the man who stole an 83-year-old woman’s purse as she stood in her driveway with her 9-year-old great-granddaughter.

The man tried to get away on a bike, but he fell off it while the little girl chased after him. He was still able to run off.

The little girl who chased the man, Kylene Demers told WBZ, it was a really wild day.

She and her great-grandmother were returning from lunch when they pulled into the driveway on Wilson Street and were robbed. Kylene said it all happened so fast.

“We go home, she steps right out of the car, one foot out, man comes running in, pulls the rest of her body out and then grabs her purse and starts to run,” Kylene said. “The keys dropped on the ground, he starts to run, tries to get on a bike, falls down. I start to chase him.”

Police responded to the robbery on Wilson Street around 1:30 p.m. on Monday.

Kylene said her heart was beating so fast.

“Oh yes it was. It was racing. I didn’t even know what to say. I wanted my mom, that’s pretty much all I wanted,” Kylene said.

But she was brave, for her great-grandmother. “There’s money in there, there’s her driver’s license. She has some bank cards, stuff like that. Her phone was in there, she had to get a new phone,” she said.

She’s proud of how she reacted. “Yeah, I was happy about that. That was something I was pleased with myself,” she said.

And she has a clear message for that suspect who got away: “Give that back or they will find you and they will catch you. Every time somebody does something bad they will always catch you.”

The suspect is described as an African American man, who was wearing dark clothing. Police are hoping another neighbor may have seen something to help them.