Man shot during argument near 53rd and Howard, suspect in custody 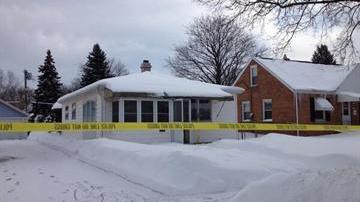 MILWAUKEE -- Police tape came down outside a home on South 53rd street around 11:30 am.

A 41-year-old man was shot and killed around 4:00 am Tuesday morning.

It appears the two were arguing and then one got a gun and fired.

The victim died at the scene.

Byron Nichols woke up at 6 am and saw the police tape and squads.  He says it's unusual to see police tape in the neighborhood.

\"Oh it's been a real quiet and orderly neighborhood,\" Nichols said.  \"Nobody pries into your business. Everybody kind of respects each other here. For that reason we really don't know each other's business. You kind of just have courteous neighbors, everybody is at peace, never see any fights out on the streets at all.\"

MPD continues to investigate the case.