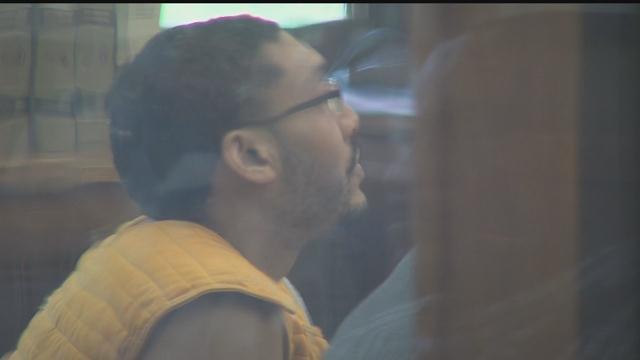 A man accused of killing his girlfriend and then stabbing a police officer in a failed attempt to get away was sentenced on Monday.

Hubbard was sentenced to 37 years behind bars.

It was very tense in the court room as the families of both the defendant and the victim spoke before the judge in today's sentencing.

Jerry Hubbard showed no emotion as the judge handed down the sentence.

Back in January Hubbard killed his girlfriend 32-year-old Lauren Johnson.

The couple was breaking up.

Officials said Hubbard suffocated her, and then threw her over their apartment balcony.

He then attempted to run away from officers as they tried to subdue him, and stabbed a supervisor with a knife.

He was shot by police but survived.

Hubbard maintains he acted in self-defense, but wouldn't say what he suffocated Johnson with.

The judge made the court sit in silence for two minutes before handing down his ruling, the amount of time medical experts believe Johnson suffered before she died.

Her family said they're pleased with the judge's ruling.

Hubbard apologized for actions. His family had no comment.