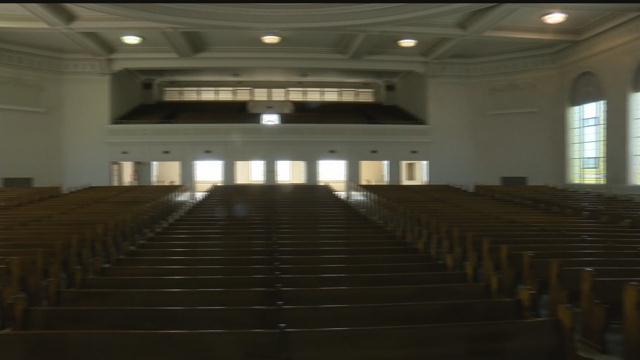 A man is trying to turn an old building in Sherman Park into something valuable.

Schrager Auction Galleries in the Sherman Park neighborhood sits on the corner of Sherman boulevard and Locust street. As you walk through the doors, it's clear, the place has history.

"To build this again today, it would cost 20 to 25 million dollars. This thing is going to stand another 500 years, it's built so well."

Wolfgang Rosenau says it was a deathbed promise to the owner who died back in 2013, to find a buyer to turn this nearly century-old building into something positive.

"To leave it vacant while there's unrest in the community is a shame to me. While lives are being destroyed, because of senseless activity because there's nothing for kids to do," says Rosenau.

While the building has been on the market for more than half a decade, the unrest last month has Rosenau more eager to covert the 40,000 square foot space into a community center to meet the needs of people of all ages.

"I think they could have talent contests here, theater groups are interested in renting this."

Word of mouth on this hidden gem is getting around. It's on the short list of possible places to hold a job fair to help hundreds of people in Sherman Park find work.

"This is a wonderful space, and we will see if this is the most appropriate, and see if we can work out the details with the owner and see if we can have it here," says Carlyle Outten, Director, America Works of Wisconsin.

Rosenau is holding out hope that this building will be sold before the new year.

"If someone doesn't, I'm just going to nag people to death until this is done," says Rosenau.

The current owner, which is the late owner's son, has already legally changed the name of the building to Schrager Community Center.