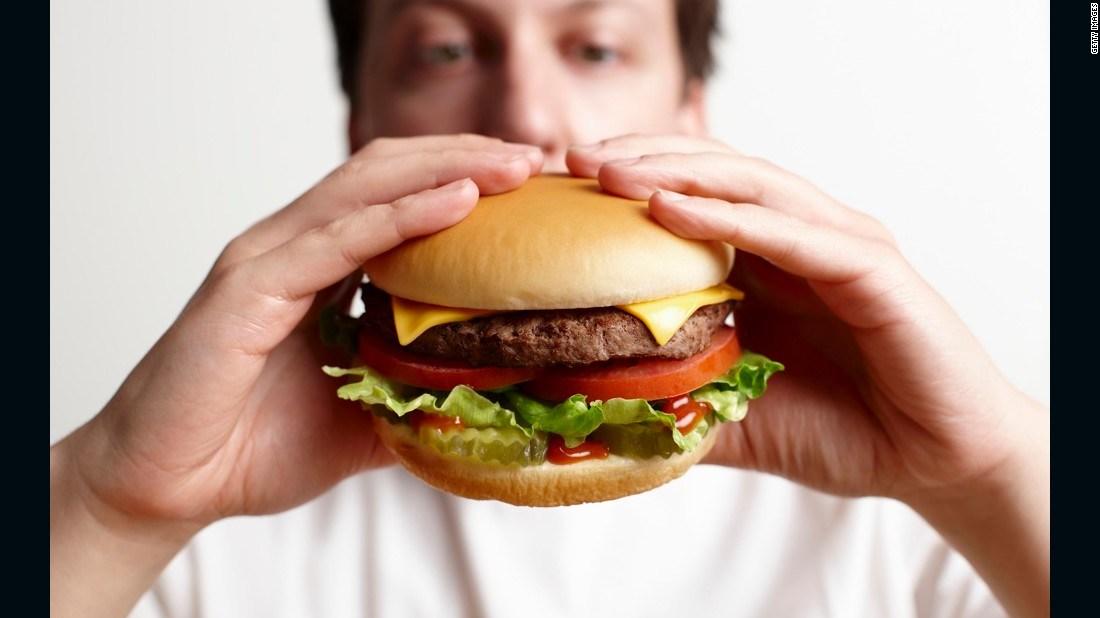 (CNN)A Florida man is accused of killing his brother over an argument that involved a cheeseburger, authorities say.

Benjamin A. Middendorf, 25, shot his older brother during the dispute Thursday night, police said in a statement.
The fight started after the victim Nicholas Middendorf, their mother and a third man returned from a night of drinking, according to a police report
"I just shot my brother on accident," a man is heard yelling on a 911 call released by police in St. Cloud, Florida.
"We were in a fight and I grabbed a gun and I shot him. Oh God," Middendorf said, still screaming. "I'm so sorry."
A woman's voice is also heard on the 911 call telling the operator, "I'm going to kill my son."
"I hope you go to jail," the voice said.
Nicholas Middendorf, 28, was pronounced dead at the scene.
Spokeswoman Denise Roberts of St. Cloud Police confirmed to CNN that the argument involved a cheeseburger. She did not provide additional details.
"It is Mother's Day Weekend, and the mom has lost two sons," Roberts told CNN affiliate Central Florida News.
Middendorf is facing first-degree premeditated murder charges. CNN is attempting to reach the suspect's attorney for comment.
The younger Middendorf told authorities his mother and older brother had been out drinking when they came home late Thursday night, according to the police report.
Middendorf, who said he does not drink, got in an argument after his brother "bullied him," the report said. He said he did not remember much after that.
The police report stated that the suspect called 911, and was covered in blood as he was arrested and taken to the police station.
Middendorf is being held without bond. His first court appearance was Saturday, police said.
The shooting left neighbors stunned.
Neighbor Forrest Hamilton told the affiliate he's lived in the area for 20 years, and such incidents are not common.
"I think the most that ever happened around here is somebody got a bicycle stolen," he said.
Share this article: