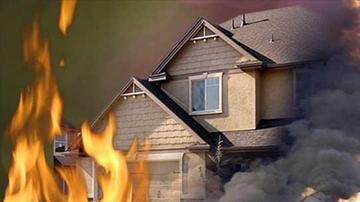 TOWN OF OTTAWA-- Officials in Waukesha County responded to an overnight blaze at a home on Rue Parc in the Town of Ottawa.

The fire broke out around 1:15 a.m. Sunday. When first responders arrived on scene they were met by a residents who told them that another person was still inside the house.

Two Waukesha County deputies made entry into the smoke filled home and located the male inside.

The pulled him from the house, but he was pronounced dead at the scene.

The other resident was taken to the hospital to be treated for injuries from the fire.

The fire started in the bedroom and was contained to that area.