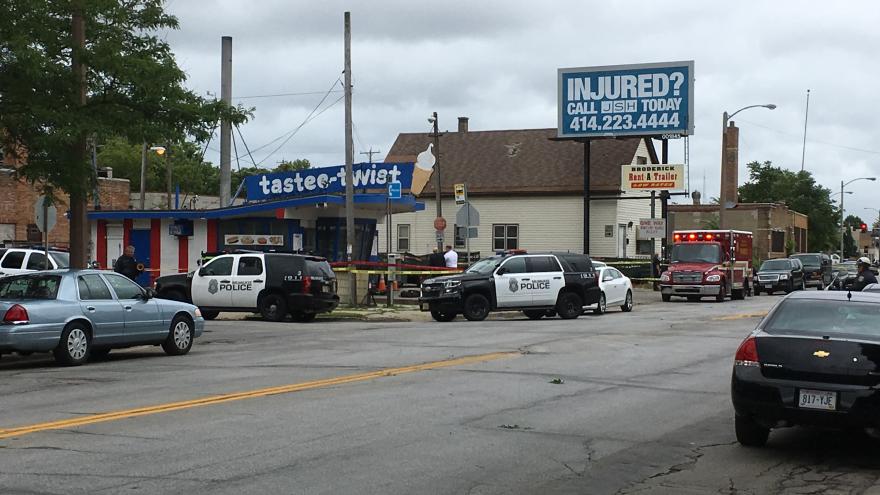 The Milwaukee Police Department has identified the victim of a fatal shooting near Meinecke and North Teutonia around 12:20 PM Friday as 26-year-old Jerome J. Johnson.  Authorities say Johnson died at the scene.

The circumstances surrounding the shooting death are still being investigated, but the police presence was centered around an ice cream shop called Tastee-Twist.  The MPD is attempting to determine a motive and is searching for suspects.

An autopsy is scheduled for today.