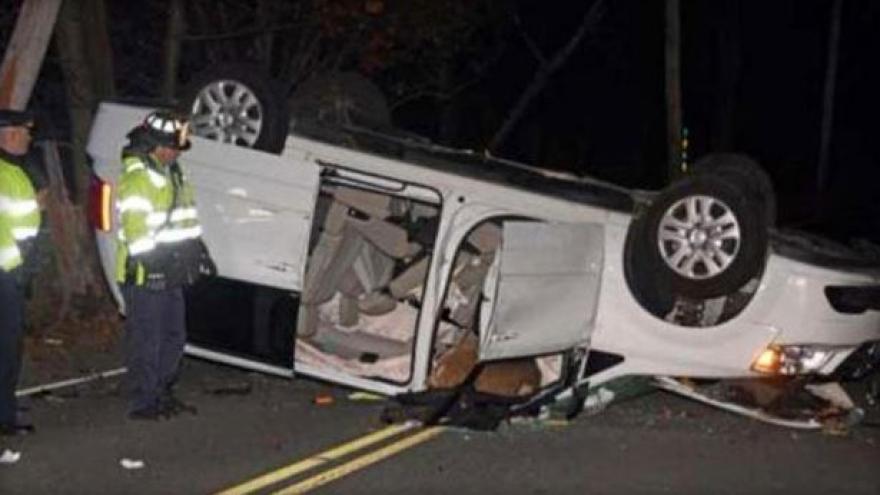 WESTON, Mass. (CBS News) -- A 76-year-old artist was killed outside Boston Wednesday night in a crash involving a deer that's being described as a freak accident, CBS station WBZ-TV reports.

David Lang's family describes him as always on a journey, which is the title of one of his favorite sculptures.

"Amazing sculptor, but he was an amazing person," Kathleen Lang, his wife of 51 years, told the station. "He truly enjoyed teaching."

Lang returned home on Monday from a trip to Ireland, where he was setting up a show of his photography.

On Wednesday evening, David Lang was driving in Weston when a car traveling in the opposite direction hit a buck, sending it into the air and through Lang's windshield.

Dying in a car accident involving a deer is exceedingly rare. In Massachusetts, there's been only one other case in the past 34 years, and the circumstances were the same.

"They are looking for does to mate with, and they are a lot less aware of what's going on around them," said Marion Larson of the Massachusetts Division of Fisheries and Wildlife.

Each year there are 7,000-10,000 car accidents involving deer in the state, but this is the time of year to really watch out for them.

"This time of year the likelihood of seeing a deer or striking a deer with your car is pretty high because it's the breeding season," Larson said.

Deer-mating season runs from mid-October through mid-November. They are out during dusk and dawn, which also coincides with heavy commute times. Larson said motorists who see a deer in the road shouldn't swerve, just brake.

Michele Grzenda of the Weston Conservation Commission said Weston has a deer population that is considered fairly large. The population is 25 deer per square mile with the goal being 6-8 per square mile. In 2012, the town started deer hunts on conservation land to thin the herd.

David Lang was always aware, consumed by taking in the world and trying to express it, his wife said.

"Not an armchair person at all, but to be part of sort of a freak occurrence in terms of how it happened is believable with him," Kathleen Lang said.

She said her husband would be want to be remembered as a mentor, parent and grandparent.