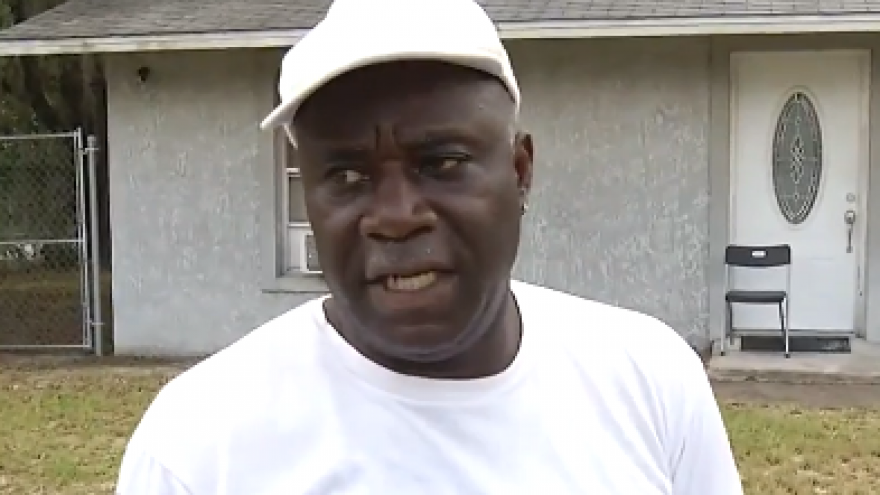 OVIEDO, Fla. -- A Florida man spent 90 days in jail after police officers who stopped him for driving without headlights said white powder found in his car was cocaine.

Karlos Cashe walked out of jail last week after lab results determined the powder in the handyman's car was actually drywall.

Body camera video of the incident shows Cashe, 57, telling the officer in Oviedo that he didn't realize the lights weren't on and apologizing for the misunderstanding.

He denies having anything illegal in his car when an officer asks.  Cashe says he repeatedly told officers the substance was drywall.

But after running a check they found he was on probation for marijuana and cocaine charges in 2015. Cashe says a K-9 alerted on his vehicle and an officer's field test was positive for cocaine.

ourt records show he was denied bond because he was accused of violating probation.

Oviedo police told CBS affiliate WKMG prosecutors sent the substance to the Florida Department of Law Enforcement for lab testing. When the results came back on May 16, they showed that substance was negative for any kind of drugs.

It took another month until Cashe was released from jail on June 19, the station reports. He told WKMG he blames racial profiling for the incident and that he's looking into a way to be compensated for the three months of work he missed while he was being held in jail.

"I was profiled. It wasn't the first time, it just was just the worst of those times," Cashe said.

The Oviedo Police Department told the station it plans to reevaluate its field testing procedures. They say their field test kits are 99 percent accurate.

"I was going to jail for something that night, and what it was they decided it would be cocaine," Cashe said.