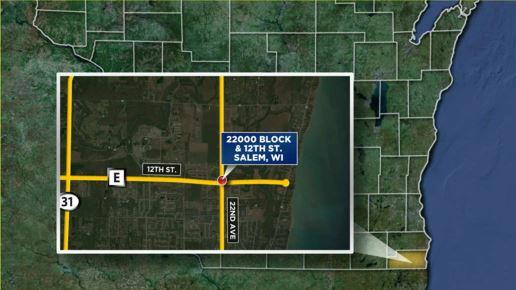 The Kenosha County Sheriff''s Department is investigating a shooting that happened before 9:30 p.m. on Monday in the town of Salem.  Rescue crews were called to 12th Street after a man reported being shot by one of two suspects.

The victim was treated for non-life threatening injuries at St. Catherine's Hospital.  He told police he ran into his home after being show, and may have wounded one of the suspects as they fled the scene.  Kenosha County detectives continue to investigate the incident.  They have yet to identify the suspects.

Deputies used an emergency notification system to warn area residents of the incident and to give them an opportunity to report anything suspicious.