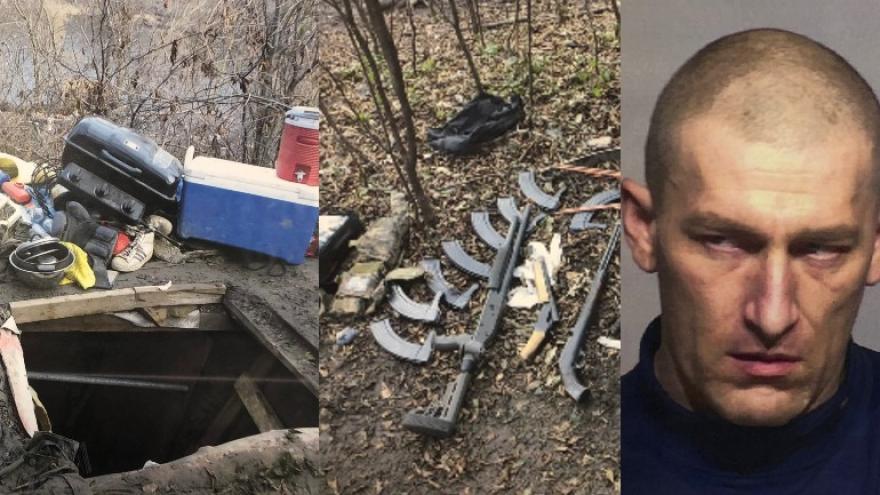 MILWAUKEE (CBS 58) -- The man who police say was living in a bunker along the Milwaukee River  with a stash of weapons and ammunition made his first court appearance on Saturday.

Geoffrey Graff, 41, is charged with recklessly endangering safety, use of a dangerous weapon, and posessing a sawed-off shotgun.

The bunkers Graff is accused of maintaining were found on Wednesday after police responded to a report of shots fired in the area of Capitol Drive and Estabrook Parkway.

Besides firearms, investigators also found a grill, propane gas, and canned goods in the shelter.

They believe Graff had been living there for a while.