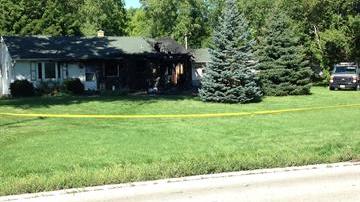 MENOMONEE FALLS--Menomonee Falls fire and police departments responded to a home on Lilly Road shortly after 1:00 am Saturday for a house fire.

Initial reports stated that flames and smoke were coming from the house.

While battling the blaze a firefighter located a man who was deceased. There were no other people in the home.

Menomonee Falls officials as well as the State Fire Marshall's Office is investigating the incident.

A neighbor told CBS 58 that the victim was in his 50's. That neighborhood said that the man grew up in the home and that it belonged to his parents before they passed away.

She described him as a nice and helpful man who lived alone.