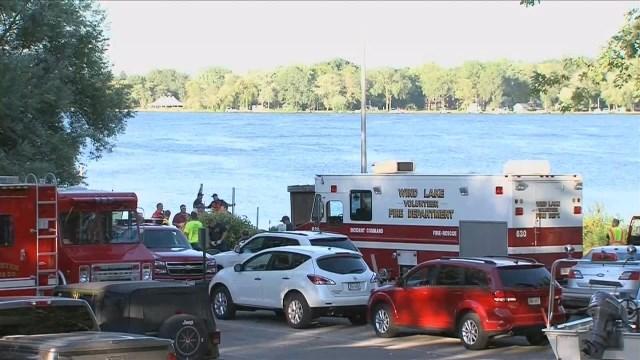 Racine County Sheriff's Department are currently investigating a drowning at Wind Lake near the intersection of South and West Windlake Road.

Sheriff's say they were called around 4:30 Wednesday afternoon to rescue a woman and two dogs on a pontoon boat. The woman told officers that her 77-year-old husband jumped overboard after dropping something in the lake, mistook the depth of the water, and began struggling in the water.

The woman and dogs also jumped in and attempted to rescue the man, but were unable. However, the woman and dogs safely made it back to the boat until crews arrived. The couple were experienced and frequent boaters.

At least a dozen agencies were called for search and recovery efforts, including Racine County, Kenosha County, Wind Lake, and the DNR. After several hours of searching, Lake County, IL search and rescue teams were also called to assist in the search with special equipment. Racine County Sheriff's say the recovery has been difficult because of dark, murky water. Recovery efforts were ongoing until well in the night.