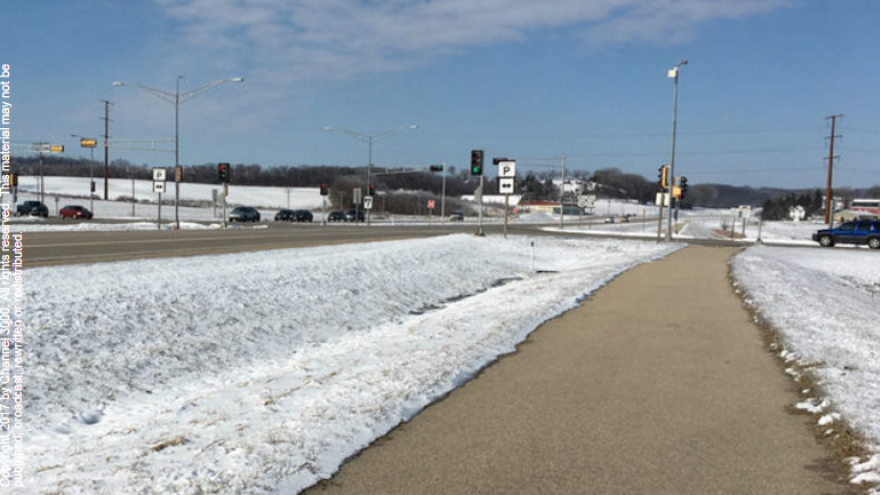 Police said the man, Adam H. Ellickson, 29, was driving southbound on the paved bike path parallel to Highway 12 when he stopped at the intersection of the path and County Highway P and appeared to be waiting at the red light.

Ellickson told police he had been drinking and was intoxicated, officials said.

Ellickson faces his first OWI charge in addition to being cited for driving on a bicycle way, officials said.