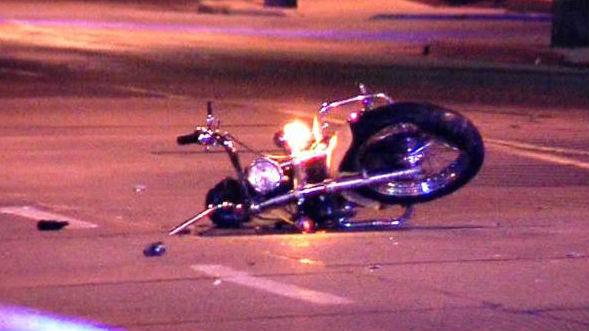 A 24-year-old man is dead, and his 21-year-old female passenger injured after a motorcycle crash in Racine early Friday. First responders arrived on scene just before 12:30 a.m. Friday.  They found a motorcycle and a car - driven by a 39-year-old man - had crashed at 21st and Lathrop Avenue.  It happened right near a McDonald's.

All three were taken to Wheaton Franciscan Health Care Emergency.  The driver of the motorcycle was pronounced dead at the hospital, the woman riding with him has serious injuries. The other driver is being treated for injuries.

The intersection was closed until around 5:30 a.m. Friday as investigators investigated the crash, Alcohol is not believed to be a factor in this crash.