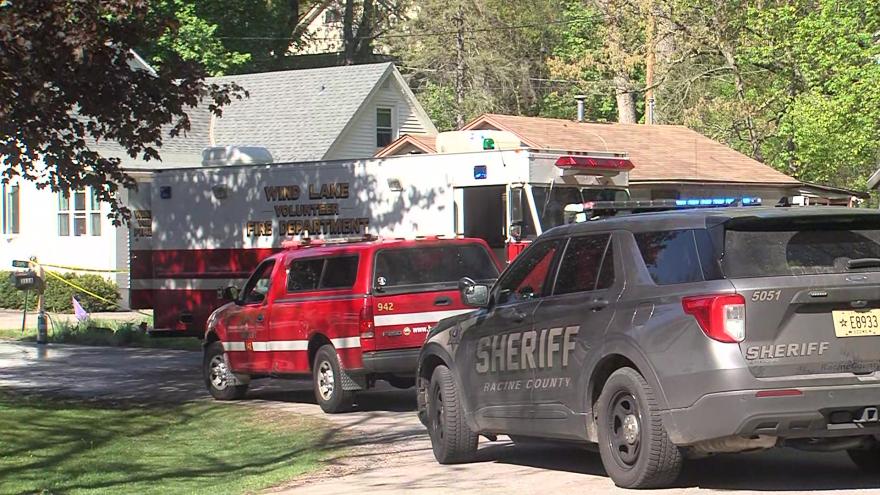 BURLINGTON, Wis. (CBS 58) -- The man killed in a house fire on Spring Drive Wednesday, May 12, has been identified as 29-year-old Tyler Werlein.

The Racine County Sheriff's Office says at this point in the investigation, foul play is not suspected.

Sheriff's deputies were dispatched to the home on Spring Drive around 1:16 p.m. Wednesday.

Upon arrival, deputies observed heavy smoke coming out of the front of the residence and visible flames on the north-west corner of the home.

The Sheriff's Office says deputies attempted to enter the back door, but it was hot to the touch. Officials evacuated the neighbors and maintained a perimeter.

Burlington fire departments then arrived on scene, made entry and extinguished the fire.

Members from the Investigations Bureau and the Racine County Fire Task Force are investigating.

BURLINGTON, Wis. (CBS 58) -- A fatal house fire is under investigation in Burlington on Wednesday, May 12.

Officials were called to Spring Drive near Gebardt Road around 2:30 p.m.

The Milwaukee County Medical Examiner's Office confirmed a man died as a result of the fire. He was taken to Aurora Medical Center Burlington where he was pronounced dead.