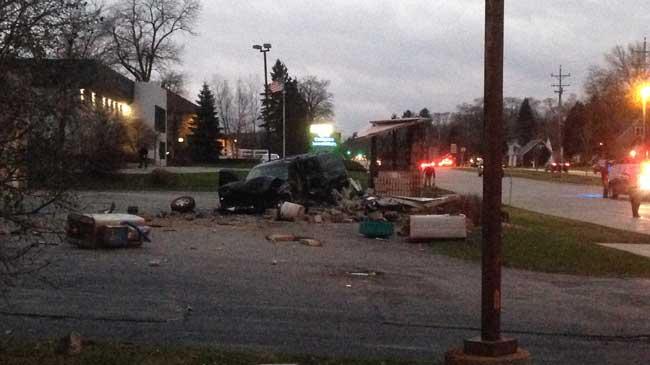 The Medical Examiner has released more information on the fatal Brown Deer Accident on North 57th Street on Tuesday.

The man who died had just celebrated his 59th birthday four days later.

Dwayne Walker’s wife told Brown Deer Police that they were driving their child and a granddaughter to a clinic when the accident happened.

His wife asked Walker to stop the vehicle because her granddaughter had begun to vomit and was developing hives.

She asked him to call 911 for the child. The wife told the medical examiner she believes her husband panicked at this point.

He told her he could keep driving to the clinic.

Witnesses told police around this time he got into the far right lane and began driving at a high rate of speed on Good Hope Road.

One witness estimated he was traveling 60 to 90 mph and was passing cars.

At the 8200 block of North Teutonia, he lost control of the vehicle when he tried to swerve to avoid a car and went up on curb and struck a wooden mailbox.

He was then traveling along the grass in front of several local businesses.

He struck a fire hydrant which broke off and likely went airborne.

He then struck a cement cinder block structure.

He did not have a seat belt on at the time of the accident, according to the paramedic.

Walker had a recent pacemaker placed in February.