Man detained after potentially explosive chemicals found in an apartment 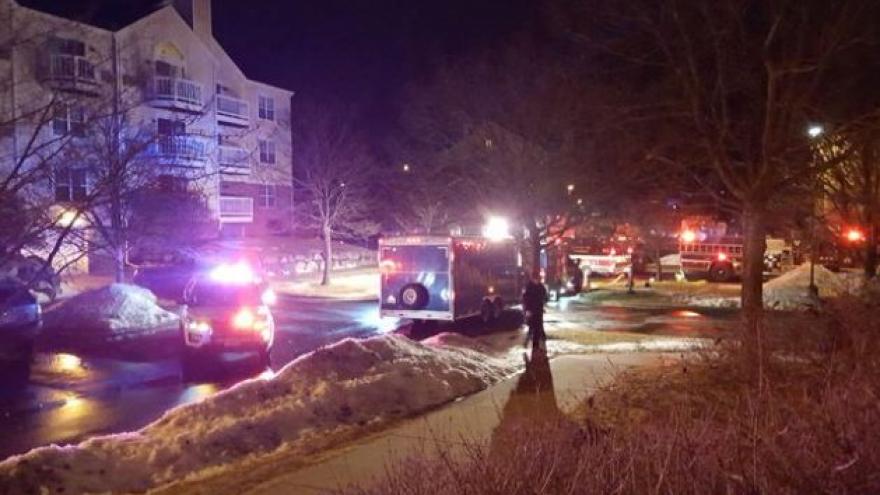 MADISON, Wis. (WISC) -- A person of interest has been detained after a suspicious smell led investigators to chemicals that could be explosive in a man's apartment on Madison's west side, according to multiple law enforcement officers.

The Dane County Sheriff's Office, Madison Police Department and Madison Fire Department hosted a joint press conference Tuesday night to announce that while the situation on the 7400 block of Timber Lake Trail is contained, the investigation is ongoing.

Madison fire officials were called to the apartment around 10:30 a.m. for concern about an odor of chemicals. What they found was what Madison Police Chief Mike Koval described as looking as "the morning after a college party."

Koval said the chemicals found in the apartment were concluded by experts to be highly flammable, but that law enforcement officers have "not settled on one theory or motive," listing drugs and other possibilities for why the chemicals could have been there.

There is only one person who lives in the apartment, a 30-year-old white man, who has been detained. Officials from multiple departments are working to obtain a search warrant for the home.

"There was enough sophistication with the mechanical parts and numerous chemicals and other unknown substances. There may have been some suggestion it had all of the potential flammable or combustible or something that could be converted to a bomb," Koval said.

About 25 households have been evacuated as a result of the discovery. Officials said police, fire, military and national law enforcement -- including ATF and FBI -- are assisting in the investigation.

CBS 58 affiliate, News 3, obtained a communication a resident says was sent from property managers to residents of the apartment complex. The message says management was told by law enforcement officials that "during their inspection they came across a situation of concern and have notified us that until they can determine exactly what it is and deem it safe they cannot allow anyone to enter the building."

The message also tells residents to "consider alternate housing for the night" and lists local hotels.