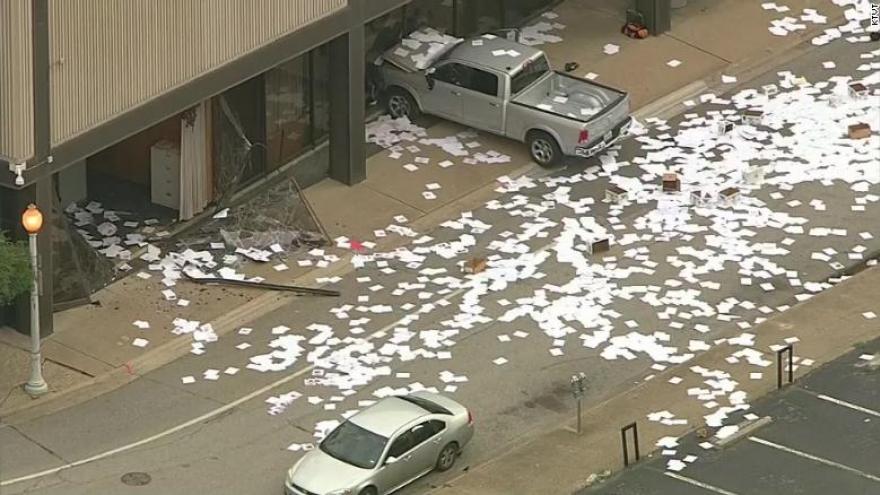 (CNN) -- A man crashed a truck into the building that houses KDFW news station in Dallas, Texas, early Wednesday morning, according to CNN affiliate KTVT.

After crashing his pickup truck into the building, the man got out and began yelling, throwing papers from a bag, and removing several boxes from the truck, KTVT says. He was taken into custody by police, KTVT said.

Aerial video from the scene showed a silver truck smashed up against the building's glass walls and pieces of paper strewn across the parking lot. More papers could be seen inside the building through a shattered glass wall.

Video also showed a bomb-detecting robot and police investigating the inside of the truck and a nearby bag.

There were no reports of injuries and the building has been evacuated, according to KTVT.

CNN has reached out to the Dallas Police Department to independently confirm the details of the incident.