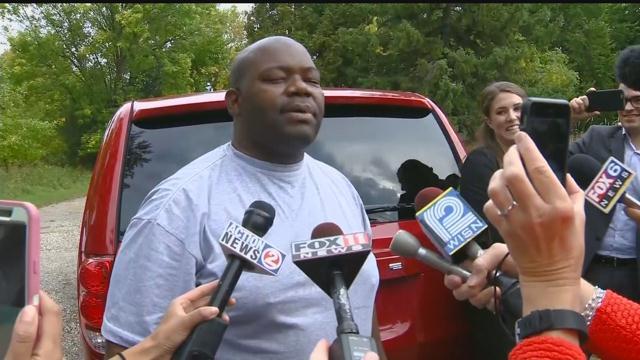 The smile on his face spoke volumes. Daryl Holloway was 24-years-old when he was sent away for sexual assault and burglary.

But thanks to new DNA testing, Holloway was cleared, setting up today's release.  And if Holloway was carrying any bitter feelings, they weren't obvious when he met reporters.

Daryl Holloway was convicted in 1993 for a case from a year earlier.

He was sentenced to 120 years in prison, but his case was taken up by the Wisconsin Innocence Project.

The new DNA evidence helped to exonerate Holloway, and court records show that an order was filed and signed yesterday vacating his convictions.

That led to his release today from a prison in Green Bay.

"This has been a long thing. I lost family members and different things. I'm trying to rebuild my life now. I came in mid-twenties. Man, I'm almost 50 now. My whole life has changed," said Holloway.

Holloway also thanked the hard work of his attorneys and the Wisconsin Innocence Project in helping to prove his innocence.
During his 24 years in prison, Holloway's mother died, and that when he says he almost wanted to give up on fighting for freedom. He says his mother's advice of never giving up is what kept him going. Now at 48-years-old, Holloway has spent a majority of his adult life behind bars, and says the next step will be hard as he tries to find a job. He also has some words for people who work in the justice system.

"Make better choices before convicting people. Make sure you got the right evidence. When you do this people lose. Everybody lose. The victims, me. I've been victimized. Everybody's been victimized," said Holloway.