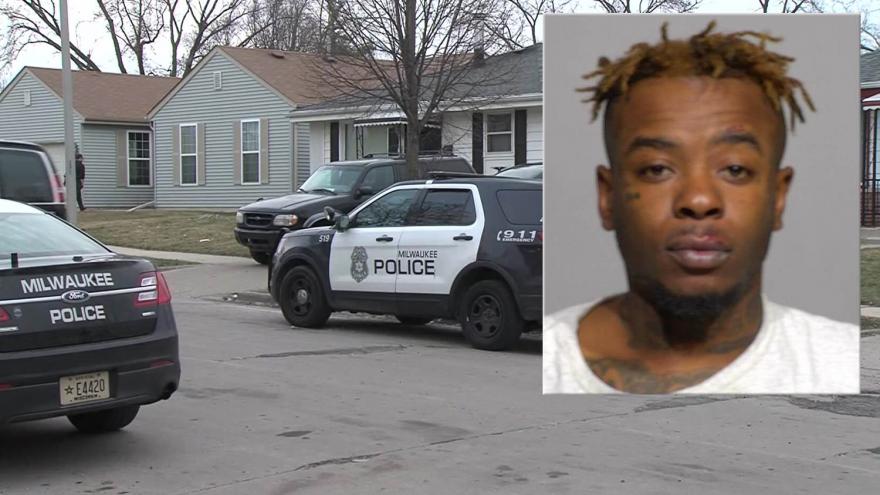 UPDATE: MILWAUKEE (CBS 58) -- Isaac Ali is charged with obstructing an officer while Tony Bornes is accused of stabbing a 60-year-old city worker.

The victim says he issued a parking ticket when Bornes assaulted him.

MILWAUKEE (CBS 58) – A 26-year-old man now charged with stabbing a Milwaukee city worker said he has a "certain energy that passes through him" and approached the worker prior to the stabbing "as a demon."

As of Thursday afternoon, the 60-year-old parking enforcement officer was still in the hospital following the stabbing. Tony Bornes Jr. of Milwaukee is charged with first-degree reckless injury, use of a weapon.

According to the criminal complaint, the parking enforcement officer had just placed a parking ticket on a vehicle blocking the sidewalk when he was confronted by Bornes.

Bornes complained the vehicle shouldn't be ticketed before allegedly attacking the parking enforcement officer, punching and kicking him in his face and chest.  Once the attack ended, the parking enforcement officer said he heard a man who was with Bornes say they should go. The second man was not involved in the attack but also didn't try to stop it.

When police arrived at Bornes' address, they found the illegally parked vehicle and the parking ticket was still there.

Bornes initially denied knowing anything about the attack and said he thought he was being questioned because he owes over $500 for unpaid parking tickets, according to city records. After a second interview, Bornes claimed he "blacked out" and said the parking enforcement officer shouldn't have been in his driveway and that since his cousin died, he "has a certain energy that passes through him" and that he approached the parking enforcement officer "as a demon."

Bornes reportedly told investigators the victim approached him "aggressively" and he defended himself by punching and kicking the victim after he fell.  He later admitted to stabbing the parking enforcement officer with a "blade" he bought for protection.

Bornes is expected to make his first court appearance on Tuesday. If convicted, Bornes faces 25 years in prison and up to $100,000 in fines.