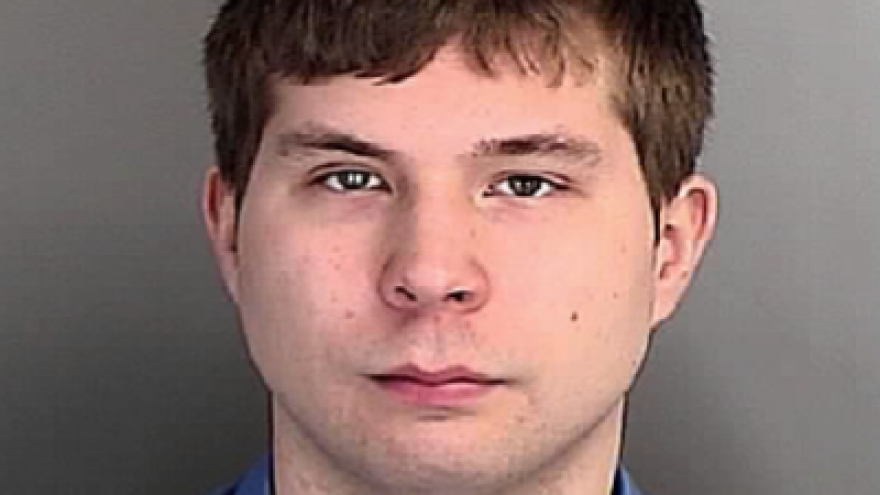 CBS 58—A Milwaukee man is accused of raping a 13-year-old girl in Waukesha County.

The suspect, 25-year-old Samuel Solum actually has two cases pending, one in Milwaukee County where he’s charged with use of a computer to facilitate a child sex crime and the charges in Waukesha County for rape. The incidents happened separately but within days of each other.

In August of 2016 a13-year-old girl told detectives she was raped earlier that month, by a man she met online, an increasingly easy way for predators to target kids.

“A lot of parents don't necessarily know everything their child is doing a phone and the apps, and they can easily just check a box saying they're 18 and become a victim of predators online,” said Lt. Brian DeBarge with the Hartland Police Department.

The victim didn't know the man but investigators with the Waukesha County Sheriff’s Department identified him Samuel Solum. According to the criminal complaint, Solum met her twice in the parking lot of an area high school. The victim told police she was raped both times and Solum was "violent and aggressive" and he "choked her."

“It is a growing issue, especially now with kids having their own cellphones,” Lt. DeBarge said.

Days after the girl says the rapes occurred, Solum was arrested for a separate incident in Milwaukee County. Court records show Solum responded to a craigslist ad and sent an explicit picture to an undercover officer, posing as a 14-year-old girl, and when he went to meet her, he was arrested.

According to the complaint Solum "stated that his intention was to go to the hotel to have sex with a fourteen-year-old girl."

Police say cases like this highlight why parents need to closely watch what their kids do online.

DeBarge says parents should also talk to their kids about online predators and keep up with the latest apps. For more information about online safety click here.