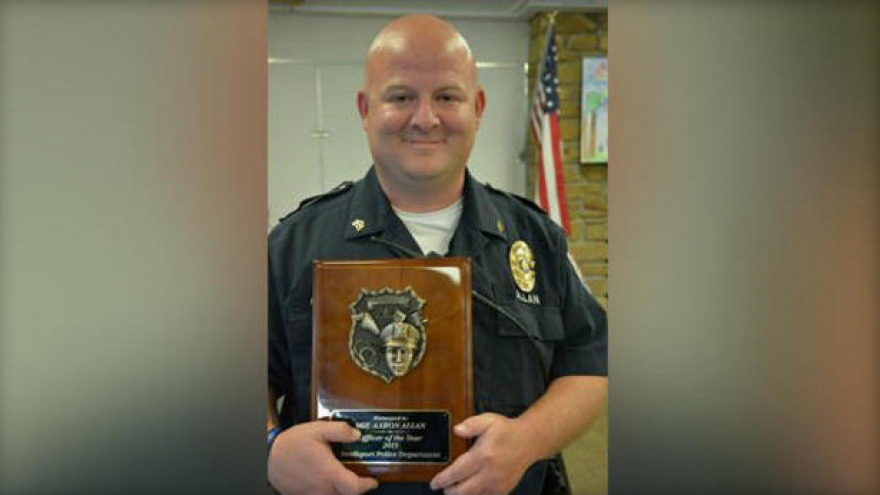 INDIANAPOLIS -- Authorities say a 28-year-old man has been arrested on a preliminary murder charge in the fatal shooting of a police officer who was trying to assist him after he and another man became trapped in a car after crashing in Indianapolis.

Southport police Lt. Aaron Allan died after being shot Thursday afternoon. Police say two other officers returned fire and wounded a person inside the car, which had flipped upside down near Southport, on Indianapolis' south side. Police say Jason Brown of Indianapolis fired the shots at Allan.

Adams said investigators haven't said who was wounded and what prompted the shooting.

During a press conference, Southport Police Chief Thomas Vaughn said Allan, 38, was a 6-year veteran with the department and he had nearly 20 years of law enforcement experience, reports CBS affiliate WTTV.

"Lt. Allan was a hard worker and today was no different. He responded to a crash with urgency to preserve life and tragically his was lost," Vaughn said. "We appreciate the community support as we continue to work through the loss of our brother."

Allan is survived by his wife and children.