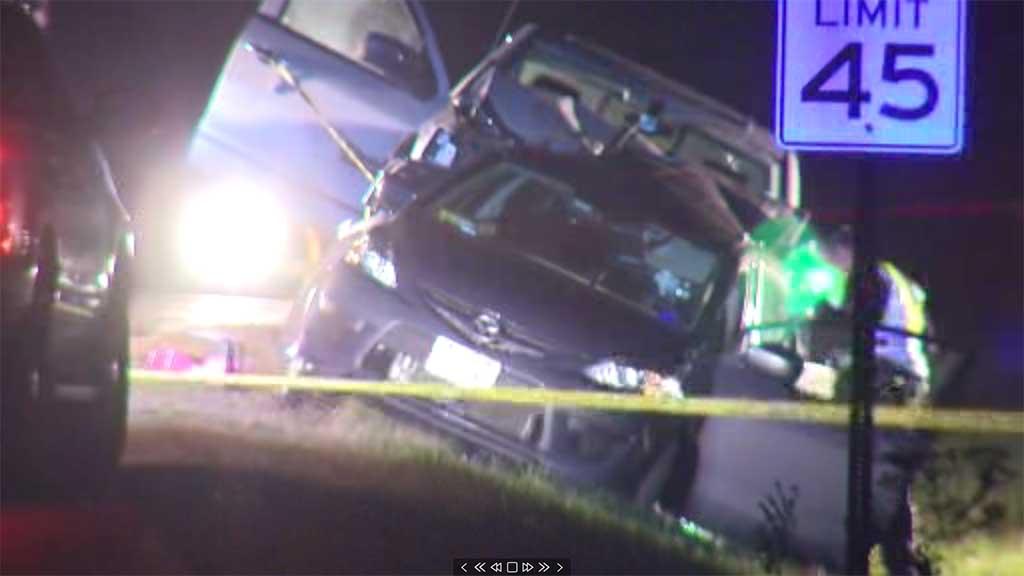 A Racine man has been charged after he allegedly killed a father and daughter in a drunk driving crash.

Levi Ruohomen was charged with two counts of homicide by intoxicated use of a vehicle and one count of operating while intoxicated causing injury.

A father and his two daughters were just a short distance from their home in Caledonia when they were rear-ended by a suspected drunk driver in Caledonia on Friday night. The father and the older daughter died in the crash.

Police said the three were returning from Chicago and were almost home when a car slammed into them from behind. 39-year-old Kevin Dalley and his daughter Emily died at the scene. The younger daughter Rosalie was found outside of the car by paramedics.

On Monday, a spokeswoman for Racine Unified School District, where the girls were enrolled, say students and staff are heartbroken, and they are providing a crisis team for support.

According to the criminal complaint, the defendant was so impaired at the crash scene that he was never able to hand the officers his driver’s license.

At one point he attempted to hand the officers his entire wallet. When officers did not find his license the defendant handed the officers a bottle of chewing tobacco spit.

Witnesses told police the truck rammed into the family’s sedan at full speed and they did not see brake lights lit up on the truck.

The defendant passed out in an officer’s squad car at the scene.

The defendant told police he consumed two Coors Lights at One the Border Strip Club and four beers at a hockey game at Wilson Park in Milwaukee.

"He's in custody at the jail. He's under watch by the mental health staff concerning his well being," said Defense Attorney Craig Mastantuono on Monday. "This is a horrible, horrible tragedy. We're just at the beginning of our investigation. I really can't comment on the facts further than that. It's a terrible tragedy. He's aware of that as well."