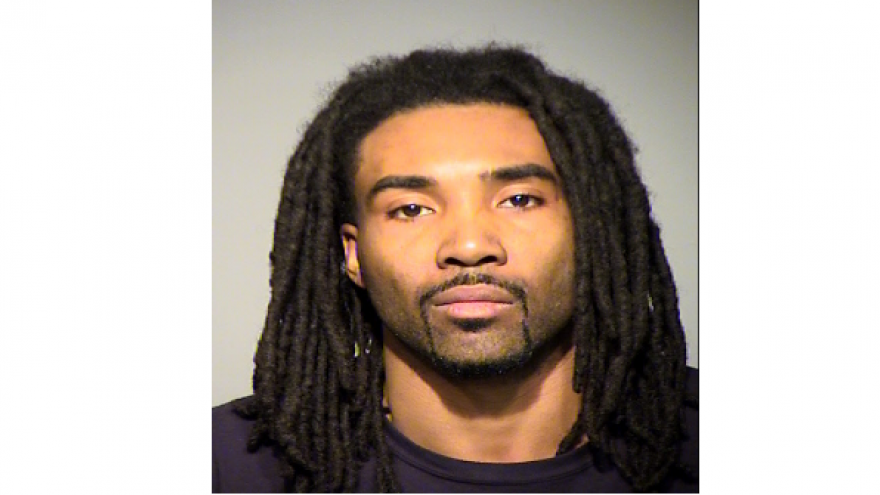 MILWAUKEE - Marcellous Tally-Clayborne is facing Knowingly Operating While Revoked (Cause Death) and Hit and Run Causing Death charges following a fatal hit and run that happened on 17th and Vliet on March 4th.

According to the criminal complaint, Milwaukee police were dispatched to an injury crash near 17th and Vliet in Milwaukee. Upon arrival, an officer saw a Chrysler facing westbound in the eastbound traffic lanes of N 17th Street and he saw a white van on the sidewalk on the southeast corner of 17th and Vliet. The Milwaukee Fire Department was attending to a person, subsequently identified as Denice Fells, who was on the southeast corner of the intersection. The woman was pronounced dead at the scene.

A witness stated that he had been on the bus and that the victim, who was in a wheelchair, had just gotten off the bus and was attempting to cross in the crosswalk. The witness stated that the white van was southbound on N 17th Street and had the green light and that the Chrysler was eastbound on Vliet and had a red light. The witness said everything happened so fast and he does not know which vehicle hit the victim.

A second witness stated that the Chrysler which was being operated by Tally-Clayborne had gone through the red light.

An additional witness said that she did not see the collision but she saw the victim face down on the southeast corner. The witness rolled the victim onto her back, got her oxygen line back in, and started CPR until the fire department arrived.

Based upon information developing during the investigation of this crash, Milwaukee police officers went to a local hospital and arrested Tally-Clayborne.

Tally-Clayborne made his initial appearance in court today.