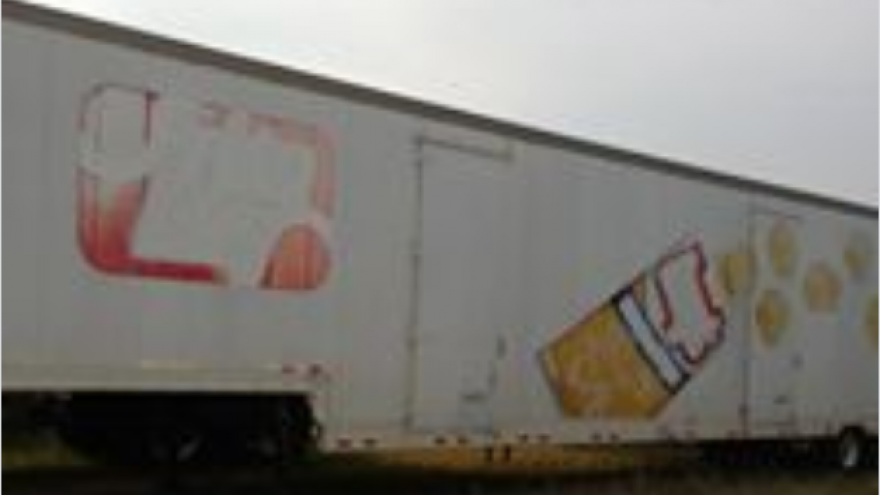 RACINE, Wis. (CBS 58) -- A Racine man has now been charged with theft after a trailer belonging to the Racine Explorer Scout Drum and Bugle Corps was taken back in August.

Sean McCloskey, 30, is charged with felony theft and criminal damage to property.

The trailer was reported stolen from a location on Northwestern Avenue where it was being stored on August 8.

The 1994 trailer was valued at $2,500 and contained stainless steel kitchen appliances owned by the corps which were valued at $3,300.

According to the criminal complaint, officers responded to a property owned by McCloskey on August 21. They spotted a trailer and confirmed that it was the one that belonged to the corps.

Officers spoke with McCloskey who told them that the trailer contained property that belonged to him. When officers searched the trailer, they located the kitchen appliances belonging to the corps and McCloskey's property. McCloskey agree to remove fencing and dirt that was surrounding the trailer so that it could be towed from the scene.

On September 5, officers again arrived on scene and saw that the trailer had been cleared out but significant damage had been done to it including tires punctured by a knife and a gash in the rear door.

McCloskey allegedly told officers that the whole situation was a "big misunderstanding" and he showed them text messages where he asked someone if he could buy the trailer for $3,000.

McCloskey will have his preliminary hearing on September 18.