Man being chased by police fills out job application during pursuit 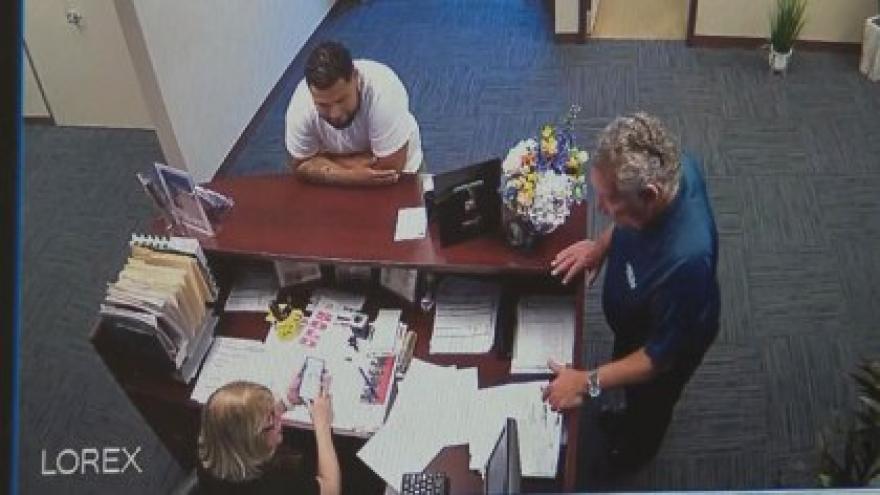 WESTWOOD (CBS) — Massachusetts State Police said the man they arrested Tuesday was in a hurry to get away from them–but not such a hurry that he couldn’t stop to check if a local business was hiring.

State Police said they were involved in a car chase with Jose Jimenez, 26 of Lawrence, and that the chase ended after he ditched the car and ran inside Osprey Wireless in Westwood.

An Osprey employee told WBZ-TV Jiminez ran inside and asked to fill out a job application.

“He was as cool as a cucumber,” recalled employee Jeff Maron.

Jimenez was wanted for assault and battery with a dangerous weapon after State Police said he fled a motor vehicle stop in Brockton last Thursday, running over a trooper’s foot with his green 1999 Toyota Camry in the process.

Troopers spotted him Tuesday driving on Route 93 northbound around 11:20 a.m.. They chased him down Route 93 south and onto Route 95/128 north until he got off at the University Avenue exit.

They said they found the Camry abandoned outside Weston’s Peterson School, but were told by a witness that he ran into Osprey Wireless.

Osprey employees said Jimenez ran inside the store, spoke with multiple people to ask if they had any positions available–then started filling out an application.

At that point, “We’re hearing police helicopters outside, there’s police coming in from every direction,” said Maron.

Bryan Carpenter also works at Osprey Wireless. He said he just had a feeling that something was up.

When Carpenter asked an officer, “He’s like, ‘that’s who we’re looking for,’ showed me a picture, and I’m like ‘yeah, yeah, yeah that’s him,’ so he grabbed another officer,” said Carpenter.

According to officials, police walked in and saw Jimenez filling out an application. “Trooper Gabriel went up to him and said, ‘let’s go.’ Jimenez replied, ‘let’s go,’ and was taken into custody without further incident.”

Jiminez is being held on $250,000 cash bail and is expected to be held overnight until he is arraigned in Quincy District Court Wednesday.

He was charged with failure to stop for police, operating a motor vehicle after revocation, operating to endanger, and speeding, in addition to assault with a vehicle from last week.