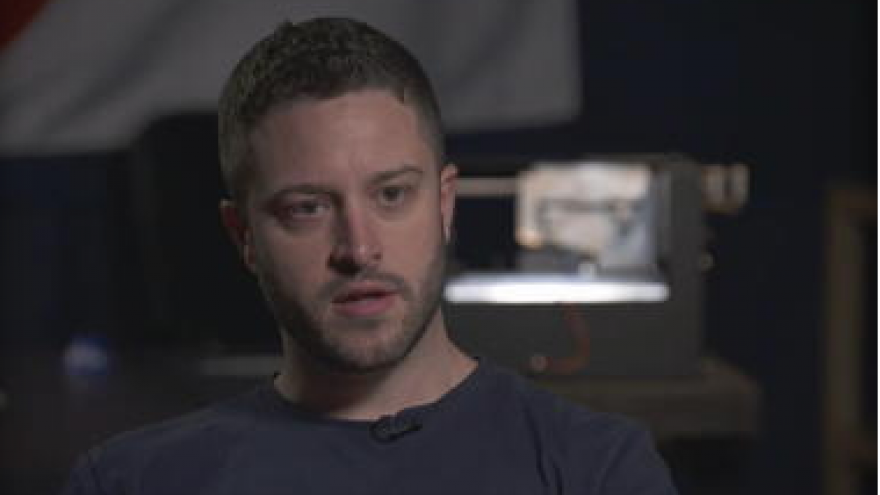 AUSTIN, Texas — A federal judge on Tuesday issued a temporary restraining order to block access to the 10 blueprints that detail how to make 3D-printed firearms, from handguns to AR-15 style rifles. Cody Wilson, the founder of a pro-gun group, agreed to stop posting any new blueprints online until September while a multi-state lawsuit makes its way through the courts.

But in the past three days, more than 2,500 people have downloaded Wilson's blueprints for 3D-0printed AR-15 style assault rifles.

"Anyone can use it for commercial, non-commercial purposes. It's there. No one can take that back from you," Wilson said.

The plastic weapons are untraceable, often undetectable and deadly.

"If I allow you to download an AR-15, I don't believe that I provide you with anything other than the general knowledge of what an AR-15 is," Wilson said. "I am no different from a publisher of information."

The debate captured the attention of President Trump, who tweeted: "I am looking into 3D plastic guns being sold to the public...doesn't seem to make much sense!"

The federal government settled a lawsuit with Wilson's organization Defense Distributed, allowing the company to publish its first batch of blueprints last Friday.

The State Department told CBS News that "the decision to settle the case was made in the interest of the security and foreign policy of the United States."

There's a three month backlog for Wilson's milling machines. His goal is to keep publishing blueprints until every gun design on Earth is available to anyone online.