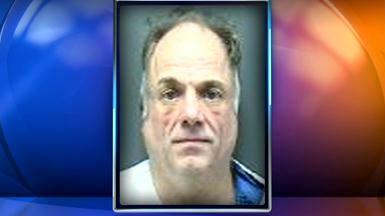 A local man has been arrested for allegedly groping random people at a haunted house in Mount Pleasant.

51 year old Daniel Rosmann is charged with three counts of fourth degree sexual assault. Two men and a woman say they were grabbed in a sexual way by Rosmann while walking through the haunted house on Frontage Road on Sunday.